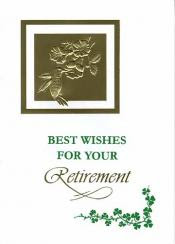 I remember my father. Freshly retired and clutching a retirement present of a round trip ticket to Canada, looking slightly bemused in a snapshot in a local paper. Travel! Now! What a cliché.

I would ask him about the work he left behind. The work that housed, fed and educated his six children for nearly fifty years. Work that kept him sequestered from any unwarranted intrusion into his day, away from the lot of us apart from a ‘dire emergency’. I always understood that to be one of us dead or at the very least hospitalized. My mother never telephoned him for he was a Very Busy Man with Very Important Work.

None of us were privy to his daily doings. It involved The Government for he was a civil servant in the County Council. Something about land expropriation for road expansions and delinquent rent collection and it was Top Secret. And that was, and is, all I ever knew. Occasionally he would be involved in political elections, overseeing the vote counts and getting his face on television to announce the winning candidate. Heady days and the peak of his bureaucratic career.

But when it was over, it was really over. All those hours, days, weeks, years were rarely alluded to. He was like a man released from prison. His days became filled with other activities. He kept up a vast correspondence with far-flung relatives, including myself. The letters were full of news of deaths, births, marriages, graduations and always included a question at the bottom - to insure he got replies, he told me once. He went to town every day on the ‘Pensioner Special’ at ten in the morning and met others like himself for ‘the best lunch in town’ and then walked around the city he loved.

He told me that a stranger stopped him once on a weekday afternoon right in the middle of Patrick Street and said to him he had the happiest face he ever saw on a man.

He travelled to Dublin, London, England, to Africa, to Wales and Scotland. And of course to Canada and around the U.S. He once spent two weeks wandering around Oxford just talking to the men who worked on maintaining all the old walls and buildings.

I would think to myself. All those years. All. Those. Years. Close to fifty of them. And he never talks about them.

And I finally understand.
Posted by Wisewebwoman at 1:18 AM