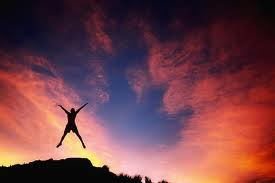 Daughter mentioned this wondrous substance first. And she's a living example of its magical properties. She has MS and has been following a holistic, non-pharmaceutical approach to the management of her disease. And has completed binders and binders full of research. She's had a fight on her hands with her doctors for taking an unorthodox approach. The MS Society (and I went to some meetings with her) are very much pro-Pharma and have done painfully little research on the natural, strict diet approach to the management of the disease. H'm, I wonder why?

Daughter eats no gluten, no legumes and no dairy. It hasn't been easy for her but her neurologist has told her that whatever she is doing she should keep it up. He sees no further degeneration in her condition.

The Facts on Multiple Sclerosis

Multiple sclerosis (MS) is a chronic condition that affects the central nervous system. This system includes the brain and spinal cord. It contains the nerves that control everything your body does, such as thinking, feeling, seeing, smelling, tasting, and moving. MS affects about 1 in 1,000 people and usually appears between the ages of 20 and 40, although it may occur at any age.

People without MS have nerves that are covered by an intact protective layer known as the myelin sheath. This covering helps to speed electrical signals in the brain. With MS, researchers think that the myelin sheath somehow becomes inflamed and damaged in small patches. It is not known what chain of events starts this damage, but once the injury occurs, electrical signals in the brain are slowed down.
)
It is believed that MS is an autoimmune disease (a condition in which an individual's immune system starts reacting against his or her own tissues) and cannot be spread from person to person. For unknown reasons, the immune system sees the myelin sheath as foreign and attacks it.


The numbness in her limbs doesn't alleviate but isn't worsening. She has other symptoms (strength,inflammation, sudden excruciating pain) and sometimes a complete lack of energy with a resultant depression and listlessness.

The point of my writing all of this here is that one of her studies on her disease showed that most of us Northern clime folk are vastly deficient in Vitamin D which results in many auto-immune disorders, too numerous to list here.

At her urging, I began a course of 10,000 IU of Vitamin D daily about five months ago.

I can't believe the change in me and neither can my friends. Seriously. I am full of joy, energy, eating healthily, training for The Tely 10 in July AND the biggest change of all is that I haven't had an episode of the sporadic depression to which I was prone for more years than I care to count. Depression that brought me to my knees carrying me to very dark places of despair and the feeling of what's the use.

The only change I've made to my life was in adding this massive quantity of Vitamin D on a daily basis. I could link to this all over the interwebz but a Google or a YouTube search will give you all the info you need. And please ignore the Pharma Pimps and their nay-saying. They've got a LOT to sell you and deny the benefits of mega quantities of D. I'm living proof. But I wanted to wait a while and be sure. I'm sure now.

I haven't felt this good since God was an altar boy.

Posted by Wisewebwoman at 3:07 PM