Black and White and Denial all Over 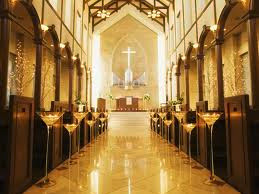 Another of my lobes has exploded, so enough of my blog-fluff for now:

Tuam. Dead children being tossed in unmarked disused septic tanks in Galway up to 1961. The stark horror of it all. But nothing is black and white is it? The debate can rage on if it was or wasn't a septic tank. Distraction from the huge black elephant lounging about in the living room shoving everything else out of sight. I read vituperative blasts of prose condemning the "bitches", the "evil bitches" who ran these horrific homes for "wayward girls" who had the temerity to get themselves pregnant, all by themselves. The bases were covered in these places - if they were younger than the age of consent, still children themselves: well then the devil himself had a hand in it, making them tempting seductresses of innocent adult males, be they their fathers, uncles, brothers or the local priests. Those fathers of these casual sperm implantations were never made accountable. Or answerable to the law of the land. Oh, sorry, the land where the word "rape" was never countenanced. And paedophilia I didn't know about apart from a difficult to spell word in crossword puzzles.

She must have been "asking for it" was the phrase I heard around my house.

There was a girl in my class in national school. We were 12. Just past our confirmation where we pledged our purity, our bodies, ourselves to the Invisible Cosmic Housekeeper. By the age of 12 I'd been touched inappropriately by men a few times which I've written about on this blog - no little girls are safe in a patriarchal culture such as Ireland was in my time. This little girl's mother was a casual church acquaintance of my mother. They were poor. I remember that. Kathleen was her name. Kathleen got very fat very quickly and then one day never showed up at school again.

I kept pestering my mother as to what happened to Kathleen. Finally my mother broke down and told me Kathleen's mother was expecting another child (her fourteenth) and was older (mid forties) and Kathleen had to stay home and help her.

Later, much later, I was in high school and had seen Kathleen around, wheeling an obviously mentally challenged toddler in a stroller, my mother told me Kathleen was one of the "lucky ones" and didn't have to go to a "home for bad girls."

And that's when I heard another phrase, common in use in Ireland then: Kathleen had "allowed" someone to "interfere" with her.

Later again, my mother told me it was Kathleen's father who had "interfered" with several of his daughters, thus the massive "retardation" in the younger "siblings" and an aging mother covering it up, to protect her daughters from the hellish "homes" run by the sisters.

He was a good man, a pillar of the church, said my mother, with only the one "weakness".

A good man? I asked her in disbelief, a good man?

Ah, said my mother, sure he didn't drink at all.

See Part 2 Here
Posted by Wisewebwoman at 9:56 AM