When all else fails, start in on your tax return. 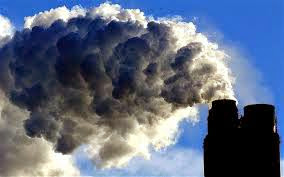 Yeah, that is what I did from about noon on today with a few meal breaks.

Unfortunately, my tax return is still complex due to many ventures.

Far from the truth. Way far. But I rent out bits of my property in tourist season, I prepare a few other tax returns, not many. I glean a few dollars from writing and sale of my cards and I conduct workshops and oh yes, I'm one of those trusted citizens who can sign off for your passport or legal documents for a small fee. And marry the pair of you if you want, though that hasn't been requested yet.

All that is to say I have to track the income and expenses of each entity separately which is a right old nuisance when the total doesn't amount to a hill of beans and I slide up and down over the official poverty line all year.

So this morning I had a chimney fire. Pretty scary. The wind was savage and blew open the door of my stove while my back was turned and next thing.....

The sound inside the chimney was fierce and I ran outside (I admit to panicking a little) and there was a mass of black smoke pouring out of said chimney but fortunately no flames. The stovepipe went red with the heat and the brick and plaster chimney breast on the second floor was so hot I couldn't touch it.

And I never thought to phone the fire department. Imagine. I calmly called to cancel an appointment I had with a client I am training and then sat frozen in the house. Now I see I should have called the FD for they have special powder/salt they throw down the chimney to kill the fire. I am hopeless at this unpredictable stuff.

Now it is 10 hours later and the chimney breast is still warm to the touch.

But hurray for social media. A friend in Ontario (a chimney expert) gave me instructions - number one being 'do not light your stove under any circumstances as the bricks and liner are compromised now' and 'find yourself a chimney expert to install a new liner'. He came through on FB also and he's coming on Monday to sort me out.

And then I unclenched my mouth and flexed my paralyzed body and began the 10 hour job that is my tax return.

Posted by Wisewebwoman at 11:57 PM