What the man said 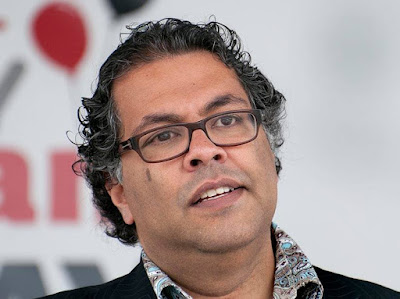 This is what the Calgary, Alberta, Canada mayor said after a public meeting:

"I had a meeting this morning where we had a community forum on refugees. And I was a little bit nervous walking in because it was an open invitation, anybody could come, and I thought there might be some angry people or people with a lot of very difficult questions. And who was there were churches and synagogues and temples and mosques and grandmothers and volunteers and people from across the community, who were just asking the same question, which is by the way still by far the most common question I get, how can I help? And at one point a First Nations woman stood up. I only knew that because she said, I am a First Nations woman. I thought she was going to say, why are we having all this focus on these refugees when we have so many problems closer to home? And what she actually said was, I need some help. Because I need to understand how and when they’re coming because I want to make sure, and many of my First Nations colleagues, want to make sure that when these people come, we have an opportunity to have the elders there to drum them in and to do a smudge ceremony so we can welcome them to this land... I might have lost it at that point."

This is served to you as an antidote to all the hate, prejudice and racism out there.
Posted by Wisewebwoman at 9:21 PM