Tell Me A Story {The Smell of Fire} - Part One 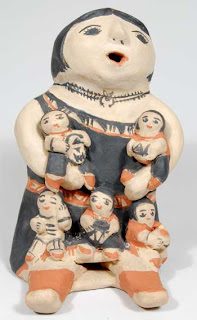 He would always come to me afterwards, the smell of the fire still on him.

I was between marriages then. I can't pin down the exact time it started because I knew himself and the wife for a while first. They had consulted me about a loan they had given to her nephew on which he had refused to make any payments. A delicate matter to be sure. But that was my speciality. Delicate matters that caused much grief to my clients and which needed to be fixed and fast.

I do remember the little jolt I got when I first saw him. A big rangy type with sensitive hands and unfortunate hair. Not sad enough to be called a comb-over but edging in that direction. The first time I cut it for him took twenty years off his face.

She was desperately trying to hide her Italian origins and anglicize herself as a second generation Canadian. I saw on some papers she was “Rosa” but she went by Rose. He had been the bastard child of an Irish house-cleaner. Rose informed me of this within the first hour of our meeting. He looked mortified and reddened visibly. She, proudly, was the fourth daughter of the Scarlat family of East York. She spelled it for me. Scarlatti, I surmised privately, tidied up by dropping the extra syllable.

She did most of the talking. She said her Ian would be able to retire early with the repayment of the loan by her oldest sister's son. But there could be no offence given. At all. The Scarlats were a very close family, very good to each other. And here Ian reddened again. I was curious about the careless woman who had given birth to him. But that was all to come later.

The matter with the nephew I resolved to both their satisfactions, so much so that Rose added a small bonus to my cheque. The CFO of the marriage, obviously.

I don't know when he first called. Hesitant. Wondered whether we should have coffee. I declined but found myself speculating for a day or so on the phone call. The why of it. I'd learned about philanderers. I'd been married to one which gave me an advantage and had been propositioned by so many husbands I'd lost track.

He called again, it might have been a week, a month. I could tell you I thought it was more business he was bringing me but I'd be lying to myself and to you. Dooney's on Bloor Street. Far enough away from his home in Don Mills to ensure I caught the subterfuge of it all and with their own roasted beans to let me know he knew his coffee.

He stood when I got there, old-fashioned (in manners only, I should add) men make me weak at the knees, and held my hand in his for longer than necessary. His hands were trembling, slightly. I was flattered.
Posted by Wisewebwoman at 7:40 PM