Now I can justify myself - a legitimate owl! {LINK}

Interesting link on the nightowl syndrome. I've always been one, since memory started kicking in. Reading with a flashlight under the covers. Seeing more dawns than most of my friends. Really getting into high gear around 3 a.m. when the writing muse usually strikes and I plough out a few chapters.

No interruptions, like phone or email or sounds of traffic or birds. The world is my oyster. Often the dog and I will go down to the lake and walk along the boardwalk in the bath of silence where each footstep resounds off the boards and I can hear the geese and swans ruffle their feathers in bird-dreams and the lake lisps on the stoney fringe of the shoreline.

Years ago I was given my power animal by an old aboriginal shaman and it was an owl. All seeing, sometimes wise. I never thought, until now having read the above article, that it also meant I was more efficient in the night. A true night-walker, -dreamer, -reader.
Posted by Wisewebwoman at 3:09 AM No comments:

Bullying and the massacre at VT 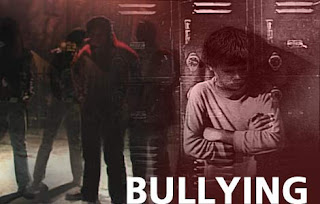 See link in header above for a terrific post from Nick of the North on bullying.

And it appears that all these massacres are about bullying and the resulting isolation. As a victim myself, I recall feeling those murderous thoughts, feeling the isolation and slashing my own wrist at fourteen as the fear of facing my tormentors would overcome me and my pleading for another sick day at home fell on deaf years.

We need to understand the Chos of the USA to get a handle on how each and every citizen is responsible for this abhorrent and sickening catastrophe, from the happy gun-peddlars to the disdain of his co-students who laughed at his accent and told him to go back to China - a country he had never been to, incidentally. And all this in front of the teacher who condoned the abusive behaviour by not speaking up.

How isolated and lonely was this young man? We cannot even imagine his state of mind.

And here are the words of another troubled young man whose rage also built up into a murderous crescendo.

Luke Woodham, the high school killer in Pearl, Miss., whose murder spree preceded Carneal's by two months, was even more explicit in his rebellion. Minutes before starting his schoolyard rampage, Woodham handed his manifesto to a friend, along with a will. "I am not insane," he wrote. "I am angry. I killed because people like me are mistreated every day. I did this to show society, push us and we will push back. ... All throughout my life, I was ridiculed, always beaten, always hated. Can you, society, truly blame me for what I do? Yes, you will. ... It was not a cry for attention, it was not a cry for help. It was a scream in sheer agony saying that if you can't pry your eyes open, if I can't do it through pacifism, if I can't show you through the displaying of intelligence, then I will do it with a bullet."

But I expect the same lack of self-examination as from 9/11 - a true opportunity is presented to understand and reflect and will be ignored by an increasingly aggressive and isolationist culture.

In the very near future, I can foresee universities being re-invented as armed camps with the only true beneficiary being the giant military industrial complex which includes the Glock/AK 47 et al manufacturers.

We are all barking mad.
Posted by Wisewebwoman at 4:57 PM No comments:

The idiotic cult of the cowboy 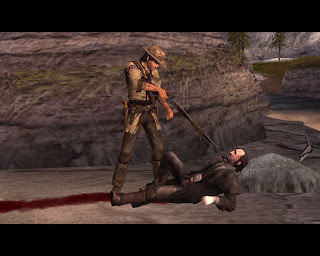 And the unfortunate victims.

My heart grieves for the devastated families of these talented students and professors.

I read that you have to be the wizened age of 12 before you can legally buy a gun at the corner mom-and-pop gunshop in Virginia. Thank heavens they're not standard issue for toddlers who might not have the fine hand/eye co-ordination to pick off their play-date buddies which could result in a lot of collateral damage.

What on earth is wrong with these cowboys and their right to bear arms?

Like there are still frontiers to crash and injuns to massacre?

The Shrub re-iterates his Through The Looking Glass World by manfully stating every American has the right to bear the assault weapon of their choice but will be charged if they use it to commit a crime.

I step back a bit from these lunatic ravings and can't imagine them issuing even from the mouth of the poorest president of the poorest third world country.

And then I follow the trail of the bullet casings, ah now let me see, all the way to the NRA!! One of the greatest lobbies of all time. Financing what? Oh wild guess here, the Bush campaign!

Silly me.
Posted by Wisewebwoman at 2:16 AM No comments: 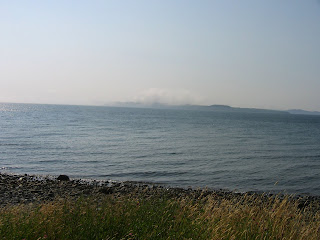 Tis the morning when
They all line up
Like little tin soldiers
On a marble mantlepiece
Without a fire beneath.

One carries a book
And barely glances at me.
One has a real gun
And a real uniform
And marches away. Forever.

One is at my feet,
Sad and pleading
For one more chance
Just one, always one.
Until they piled too high.

One I loved too much
I crushed him hard
To my needy heart.
He couldn't breathe
He, of course, escaped.

One I didn't love enough,
I was too afraid you see.
He brought me joy
Encased in golden rapture
And I turned and walked away.
Posted by Wisewebwoman at 5:01 PM No comments:

A Selective Culture of Life???? 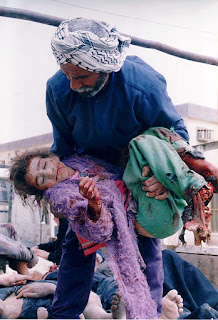 "In our day there is a temptation to manipulate life in ways that do not respect the humanity of the person," Bush said Friday. "When that happens, the most vulnerable among us can be valued for their utility to others instead of their own inherent worth."

The Senate on Wednesday voted 63-34 to pass the measure that it hopes will lead to new medical treatments. The vote, however, fell short of a veto-proof margin needed to enact the law over Bush's objections. The House, which passed similar legislation earlier in the year, is expected to adopt the Senate's version in the weeks ahead.

"We must continue to work for a culture of life where the strong protect the weak and where we recognize in every human life the image of our creator," Bush said.

His brief speech also included a call to Congress to pass immigration reform, a prayer for U.S. troops serving abroad and praise for Catholic schools across America. Later Friday, Bush planned to meet with parochial education leaders and parents at the White House.

Bush, a Methodist, noted that this year's prayer breakfast occurred the Friday after Lent.

"You can eat your bacon in good conscience," he joked.


I have difficulty believing that this man can stand up and stay these things barefaced - with the blood of a quarter of a million (250,000) innocent, helpless Iraqi children on his hands. Does he see the image of God in these too? Or are they infidels?
Posted by Wisewebwoman at 2:22 PM 2 comments: 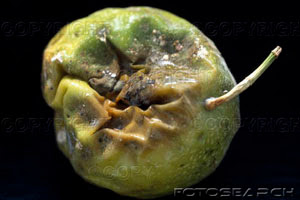 Someone I love very much is trapped by her anger and I fear will stay there as it is by now familiar: warm and safe as the inside of a septic tank. Until the rot sets in and the infection too and she won't be able to breathe. And people can't be around her because of the stink. And I fear for her and for all of us who love but are but a helpless bystander to another's insanity. Loving detachment is the order of the day.

A full plate.
Of many piles of sludge.
Going back and back.
Maybe to the Famine.

For you to pick at
With your sharp utensils
Over and over. Say it:
Four thousand days

And counting one more
Now. Gulp it down, girl
Clean your plate. De-bile,
De-louse, De-frown.
Posted by Wisewebwoman at 12:06 AM No comments: