On the road again...

This time on my way back to the city, much against my desire or wishes but yielding to the plea of my beloved granddaughter for our annual road-trip. I think I will head back in a matter of a month or so to the fair land I've left behind.

(1) I have a book offer from a publisher, very, very thrilling. A collection of my short stories. However, I am currently suspended in a form of writer's amber. Paralyzed. Numb. Frightened. The realization of a dream is the running up against myself. Now what? My babies toddling off by themselves into the real world with real critics. Lash of noodle on self. Get to it girl, stop the dithering. Stop the distraction of the day-job now. Screw the money. Let go of the fear. Stay in your bliss, in your life-long dream!

(2) A RANT: Why, in this twenty-first century of ours, hasn't some genius perfected the design of the toilet roll holder? With what dread do I enter every single stall of every ferry, every restaurant, every hotel room, to be greeted by kicked in huge plastic containers that hurt someone's fingers one time too many as they scrabbled for a hold on a skinny sheet underneath its deadly saw-edges. Yes, they finally cracked up, whimpered, and took off the stilletto shoe and beat the thing to death, leaving its huge rolls floating on the wet floor. And for variety, the gaping jaws of long empty containers greet me after I have urgently done my business so I am left perched and waiting for a kind soul to enter and pass me something, anything, an old Kleenex from their purse, under the door. The crammed single sheet metal box dispenser that doesn't, is another challenge. The tightly jammed paper will not yield to any type of pressure and is often a victim of a nervous breakdown, beaten to a pulp by an irate user, its contents thrown into an over-flowing toilet. We've come up with the automatic toilet flusher, ditto soap and water dispensers and hand dryers, even automatic paper towel dispensers and we cannot come to grips with a design for a functioning fool-proof dispensing toilet roll??? Come on!!!!

(3) MUSIC: We have a long ride, 3000 klicks, the grandgirl and I. We take turns with the music selections. Some, I'm pleased to report, we agree on (Abba, Beatles, John Denver (John Denver!!!!)Joni Mitchell, Elvis (Long live the King!!)) but I'm up against my own creeping decrepitude on some of her choices. Isn't this the way of the world, though. But yay Nora Jones and Motor Five, not bad, not bad at all.....

(4) SIDEBAR: My beloved niece tells me she has found me a lovely man who is very keen to meet me. This will have to wait as he is a Newfoundlander but has all the criteria that appeals to an ideal me in an ideal world.

More from the road later.
Posted by Wisewebwoman at 11:47 PM 16 comments: 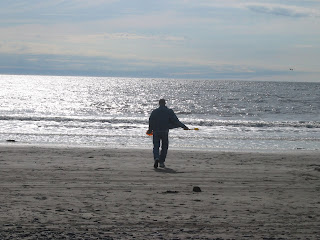 **Sigh**
And I sorta kinda tried. So much of possibility boils down to Pheronomes. They weren't there. I had this past week with R, long planned, and long longed-for. My widower friend. A very lovely man. Still grieving his dead wife. Still wearing his wedding ring.
It was his first vacation in forty years without her. We talked solid for the whole week. We picnicked. We went to a house party. We hiked. We ate long leisurely dinners. We meditated together. And oh how we talked. We touched, though as brother and sister would. We washed and dried dishes together at the end of the day. And had little injokes, some revolving around a 'moose god' I have on the counter. You have to touch him before you leave so you can avoid encounters on the highways and biways. Moose are everywhere here and a serious danger. The moose god works. So far.
He told me sex was over-rated, never had done much for him. Ahem.
He told me one of his regrets about his wife was that he had rarely touched her. He should have touched her more.
He played with his toy bucket and spade that I had bought him. And made sand castles.
We took photos together and I helped him with some.
Did I say we laughed a lot? We did.
But we slept in separate bedrooms.
And the advice from my brothers, whom I deeply respect, was to let him make the first move.
And he didn't.
And he forgot my birthday, even though I had talked about it the day before.
But we are still good friends.
And he wrote in my guest book that we are more bonded than we ever were.
And I take him to the airport and we kiss, as we always do, on the lips, tightly and chastely. And he leaves. And doesn't stand on the pavement and wave. As most leave-takers of mine do. As I do. One last wave of thanks and love and see-ya-soon.
And he told me he is very excited about a grief counselling group he will be attending in September. One of the reasons is that he hopes to meet a potential partner there.
Posted by Wisewebwoman at 8:01 PM 15 comments: 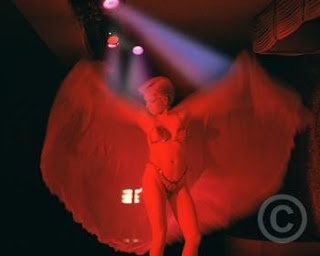 Pornography creates victims. We can talk about sexual liberation and the freedom to choose our turn-ons, feed our fetishes, procure our proclivities but isn’t there always a victim?

The women (with the exception of one) and one man that I’ve gotten to know who had first hand experience of ‘selling’ their bodies would say today that they were victims. In all cases, apart from the afore-mentioned one woman, they were addicts. Drugs and alcohol.

One was an exotic dancer, was there ever such a misnomer. Very little was exotic or even erotic about her stage work. She performed in a place called “Cheaters” in the city of Toronto. As the name hints, this was a place where married men came to watch the girls and to negotiate a sliding scale of pricing dependent on what the need was. All the way from a private dance in a private room ($50) to full unprotected sex ($500) with all the variables in between which I will leave to the imagination. She fed her coke habit with the money she earned, often thousands on a good night, but coke is expensive. She can’t remember much about the men, except to say they were sad and middle-aged. She had several surgeries on her genitals to keep them presentable for stage work. Many of the girls in her line of work did. Her family had disowned her and the focus of her life was the drugs that helped her forget what she called a ‘sordid’ life. She counts herself lucky she got out of it in time before her drug habit finished her and threw her on the street like many of her colleagues. Today she is married but has never told her husband of her past life and has pledged her friends and family to secrecy.

Another, I’ll call her D, thought it was all rather a hoot and enjoyed the thrill of being a desirable ‘escort’. Here there was a variable rate scale as well depending on the whims of the clients. D drank to get through the nights with the more unappetizing of her clients. She would do anything for a price; sometimes it involved more than one man. Or couples.

D confessed to me, now that she is out of the lifestyle and off the booze, that it has left her completely desensitized to normal sex and has resulted in her seeking pain and chains in private clubs that cater to fetishes. She is smart enough and ‘therapied’ enough to realise she is seeking punishment for her past life. However, she is still terrified of any kind of equality in a relationship and actively seeks much younger men to carry out her more outlandish desires without any kind of emotional investment.

One other, S, was a person I met at a meet and greet at a Connections Event at the Royal Ontario Museum in Toronto. The gathering was ostensibly to meet available people of the opposite sex in an educational environment (there was a lecturer) with wine and cheese and much mingling but ironically, women were going off by themselves with new friends and making it more of a female networking event. That was how I met S. S was a former hooker, a very successful un-addicted hooker, who had parlayed her money into real estate. She had been off the game for over a year and was living well on her property management skills, both commercial and residential.

She wanted to go straight, thus her attendance at the specific event, as she hadn’t been lucky in meeting (read keeping)an eligible male through the internet or other ads. It soon became clear as to why she wasn’t successful. She was absolutely beautiful in appearance, in her late thirties, auburn hair, tall and ‘stacked’ to use an old-fashioned term. S would never have called herself a victim. But she was, in the worst way. She had an underlying contempt for men that bordered on psychopathic. She was amusing and cutting in her remarks about them. It was only in the afterward that I was able to see what her years on the street (actually in stretch limos – her ‘brothel’ was a limo – I’ve never been able to look at a stretch limo with its darkened glass in the same light again!) had done to her and her scathing, belittling outlook on men. Truly a victim.

To me, there is something desperate, sad and dark lurking in the souls of both the purchaser and the seller of sex whether it be in the titillation of images or actuality of experience. It seems to be that there is nothing that is joyful and honest or that deepens and transforms this most intimate of human experiences into a higher plane.

Call me old-fashioned but I like my sex sublime.
Posted by Wisewebwoman at 12:12 AM 12 comments: