I wish I could announce the prize as $100,000 but hey, next best thing is a selection of my cards. Thanks for all your entries, some of which were directly emailed to me.

The grand prize winner is Charlie/Trudi. So Trudi - if you would be kind enough to send me your snail mail address I will pop those cards in the mail to you.

Pants: email your address and I will send you a card pronto.

Also Kat from Cork - to you as well.

I am signing off blog writing and blog reading for about a month or so. Three plays, many workshops, three novels AND..... Seriously excited but need to unplug from all these beautiful distractions like Facebook, Lexulous and blog to get all my wee ducks in a row. 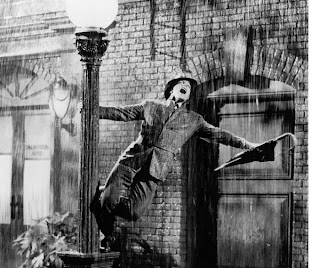 (Hands up who's seen the movie, snapshot above, and can identify the star?)

Correct answers will be thrown into a hat and the winner will receive in the mail a selection of my beautiful Newfoundland cards, individually cellophane sealed with envelopes.
Posted by Wisewebwoman at 8:37 PM 19 comments: 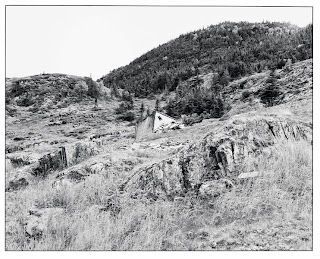 One of the photos from this wonderful book

A dear friend located a book I've been searching for a while and lent it to me. I finished it in a day and mourned over the photos of the remains of villages that were resettled in the fifties and sixties in Newfoundland. People wrenched away from their history, community and the houses their ancestors had built. All in the name of modernization and centralization. I've written stories about these uprooted peoples and talked to many of them whose hearts remain broken and who have inspired me with their memories and spirits.

One of the quotes from the book:

"As soon as each hour of one's life has died it embodies itself in some material object, as do the souls of the dead in certain folk-stories, and hides there. There it remains captive, captive forever, unless we should happen on the objects, recognise what lies within, call it by its name and so set it free."

Scott Walden, the author, writes of the difference between space and place. Only those who have lived in such places can give it memory and identity. Those of us who visit, see it as space only.

I think of the displaced people of the out-islands of Ireland, the Blaskets, the islands of West Cork and many more. Their stories are so similar to those of the abandoned outports of Newfoundland.

This song about the Blaskets says it all, and so very well, about resettlement:

Posted by Wisewebwoman at 8:50 PM 7 comments: