Well, for a while at least. My writing life is catching up with me both my own and my workshop's. And there's only so much energy in this elder's life and how I use it is becoming more and more relevant. What do I want to do for the wee remainder of my one wild and precious life? 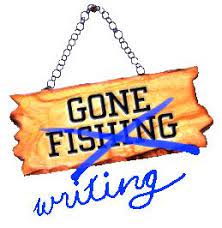 But rest assured, I'll be back, with my own writing and of course the reading of yours. Not sure when. Stay safe and out of trouble and mind how you go.

Climbing out of the Pit 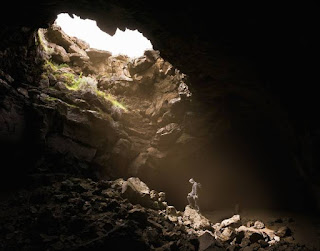 I'm sharing suggestions that have helped me in the past week of despair.

Daughter had read a nugget somewhere and shared it with me.

Every morning before contemplating the day, take a look around me and focus on how hard it would be to live without something. Not for long. Just enough to recognize its loss if it happened.

So I've been doing this and am astonished at all I take for granted in my life and don't really see. Gratitude lists are grand but less meaningful when one lumps stuff together.

I mentioned this to a friend I met with during the week as she had been full of angst and depression herself. So we agreed to share our item of acknowledgement in text first thing in the morning before the day got a hold of us.

My first day was independent living, thinking of my dear friend Lana in her assisted living life. I looked around my apartment and felt this rush of appreciation.

My second day was books. I am a voracious reader and would find it just about impossible to live without them.

My third day was my doctor, who has been an incredible support in the past two years when I needed medical attention and care the most. He goes beyond the call of care and concern. He has a gift of intuition, endless time, and humour. For instance - I have shaky underperforming kidneys and yesterday, without prompting, he assured me yet again that I would not need dialysis in my lifetime as age, for once, was in my favour. So I said to him my obit should read - "it was not her kidneys that killed her?" And we laughed. I don't know what I'd do without him.

So there you have it. A tiny tool that seems to work for navigating these days of worry and stress and helplessness and anxiety. And a looming war as the icing on the cake.

Thank you all for the wonderful words of support and kinship on my last post. I savoured every single comment many times. 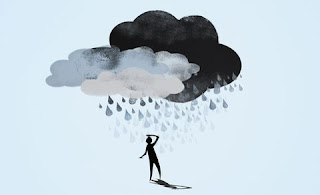 I believe there's a fine line between sanity and insanity. I'm writing today as I feel quite massively overwhelmed by the last two years.  See, I'm understating it terrifically. For who wants to read a depressing blog post about the State of The Union? The Union of the body parts, the brain, the physical well being, the social interactions, emotional and mental intelligence.

The last few days I don't feel I'm functioning as I should. Living alone is an enormous challenge in this Time of the Plague. No one to monitor me on a daily basis. No one to see how well I'm coping, no one to share with.

I feel everything is catching up with me. The isolation, the risk of emerging out of my cocoon into the virus infected world. The deaths of two very close friends, all the health challenges I've had.

I count out and sort all my pills every Sunday. I say all. I mean all. Over 30 every day. Stringing my beating heart and blood pressure and pain into acceptable numbers. I read them out to my doctor, usually once a week and we talk about my blood lab results.

This morning hopelessness set in. On March 14th here, all restrictions are removed. But seniors are dying in unprecedented numbers in this province. Vaccinated, unvaccinated? We haven't a clue. Those stats are deemed private. Expendable senior philosophy, economy comes first.

There are three in my bubble, Daughter, Niece and a close friend who has her own tiny bubble.

This is not a whine. Just throwing it out there. I feel quite anti-social as I feel I have nothing to talk about of any interest and my creativity and my equanimity are in extremely short supply.

I honestly feel like I am just marking time, waiting to die. My dreams are full of death, dead friends, Ansa, my lost daughter.

My friend Lana, in her assisted living luxury environment said on our phone call this week that she had put up a big sign in her room saying:

"THIS IS NOT ASSISTED LIVING, THIS IS ASSISTED DYING."

It caught the attention of the management in a big way so she's marching the halls again and dictating to the kitchen staff about healthy meals.

I don't share this stuff with family. Because it would distress them. Everybody has issues around this falling apart planet we're on. I can't add to their burdens.

Another "buck up, it could be worse"  would have me screaming in a corner.

So there, I'm just not fit. I've lost the run of myself.

The Tragedy of Brenda* 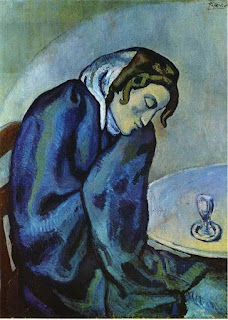 She lived downstairs in my apartment building. She dressed like a lady. By that I mean as if she was caught in a time warp of 1956. Pressed slacks with a matching cardigan and a coordinating blouse. She was younger than me by about seven or eight years. Her hair was carefully blonded and feathered. Always low Cuban heels. Never sneakers or teetering stilettoes. She came to some of the senior advocacy meetings I held. Never saying much but totally lady-like in her demeanor amongst all the jeans and t-shirts.

The rumour mill fired up, as they do. She had a drinking problem. She was selling all her "stuff" her jewelry, her crystal, her china and her designer clothes. Her husband, a doctor, had divorced her years before but had left her with an expensive house in a good part of town and alimony until her Canada Pension Plan and Old Age Security kicked in.

Within ten years she had sold the house and managed to deplete the investment account by buying herself a new car every year and taking extravagant trips. She moved into my building about five years ago, her savings close to zero, carless.

One of my close friends in the building had visited her and found her in dire straits in her bedroom surrounded by bottles and no food in the fridge or elsewhere in the kitchen. Just a horrific mess and a bucket beside the bed for her waste. She notified the management who informed her family. They came to visit from great distances. She cleaned up her act and stopped drinking.

As soon as they left, she resumed. She managed to get "loans" from various tenants who took pity on her. ("Enabling" more like it.)

The breaking point came when she tried to wash fecal encrusted cushions in the laundry.

She was evicted about six months ago but she kept returning here, in cabs, buzzing different tenants from the lobby to pay her cab fare so she could wander the halls, banging on doors, looking for loans from her soft touches, the enablers, who were worn down by the begging. I had never given her my telephone number, though she asked many times. She drunk-called all the numbers she had late at night rambling on about her wealth and status and privilege and how she was in a far better class of people than those in her circle.

She died, drunk, yesterday. I didn't know her though I had met her several times. Nobody knew her.

She took a drink and then the drink took her, removing her humanity, her personality, her very life at the end. Her only pal alcohol, fierce and relentless in its hunger to consume her, inch by inch, emotion by emotion, relationship by relationship.

Her only legacy is a reminder to us lucky few sober ones, of how voracious an appetite alcohol has, if left unchecked.

It consumes those addicted to it down to a husk.

*Not her real name

Making a Puffin with the Gardiner Brothers.

So yeah, this intricate knitting style called intarsia is back in my life again as I desperately wanted to create a puffin for a young man in my life who is absolutely crazy about puffins. 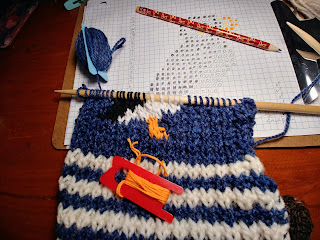 It's engrossing work as every line has to be focused on and counting every stitch is a given but it's enchanting to see the image emerge out of all those bobbins. I have a huge fascination for these wonderful birds myself. They make me laugh out loud every time I see them. 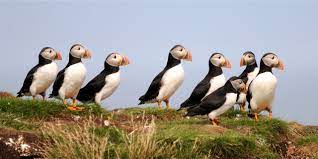 I found these incredible Irish dancers recently. The Gardiner Brothers. They'll dance to anything. Here they are with Abba.

And here they are giving The Nutcracker a bash.

I can't watch these without a huge smile.

Can one write about nothing at all?

I can write about a poem I wrote this morning, still moved by what my eldest brother said to me on the weekly Sibling Zoom yesterday. Empathy, understanding, comfort.

I can write about a planned coffee-meet up with a friend today after a million years of alert levels.

I can write about end of life discussions, wills, wishes. The complexity of some. The sadness of countries that forbids Death with Dignity. How's yours faring in that regard?

I can write about a graph paper study I did for a knitting pattern which lies there, staring at me, ready to get my act and needles and bodkins together. Bodkins, now there's a word.

I can write about my weekly Monday night call to Lana. She showed a deterioration (paranoia) last week but still knows my voice instantly. I am kinda, sorta dreading tonight's call.

I can write about the ennui (there's another word) that I'm feeling for well over a week now. Caution Exhaustion I'm thinking. Too much time alone. Too much yawning time left to my own devices, and they are wearing a bit thin.

And yes, there's this: my Leo finally succumbed to his vicious cancer early yesterday. Before dawn.