An enormous word, isn't it? I was having a deep think today which involved old age, death, priorities and gripes, groans and geezerdoms.

Mainly though, there is never enough time to do all I set out to do in a day. My todo (pronounced toe-dough) lists are lengthy and spill over to the next week and beyond. What part of a todo do I kick to the curb when I want to complete all of it? 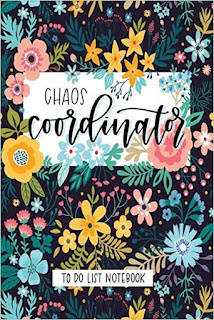 I reflect on my bestie Helen, whose wake was held at her house and her last unfinished book was propped up beside her - we shared a voracious habit of reading and exchanged books all the time, even though I was in Canada and she was in Ireland.

I think this is a great idea for readers who eventually die, the bookcase converts into your casket: 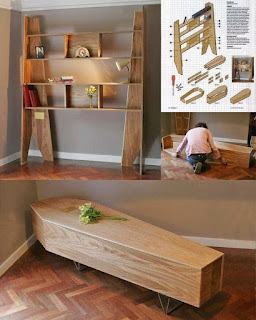 The point is, the unfinished business of what we leave behind, and how poignant is it?

I envision my own forever unfinished business: several novels, a memoir, three pieces of knitting with promises attached, a large piece of red felt awaiting embroidery, the relics of my once enormous collection of old movies (5,000?) - most now given away, but....journals - most now destroyed, but....design books of ideas waiting for actualization.... For who's to tell when the Grim Reaper comes calling?

So it all ends up in the dump. Forever. And that's not a good thought, not from a vanity point of view but because of pollution and our cast away lives winding up in the oceans, etc. Never more of a crisis than now. Or if one burns the lot of it then, boy, green house gases and plastic crap in the air. 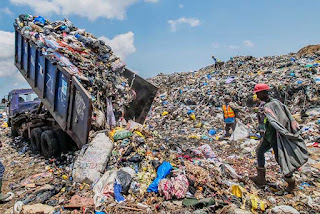 I try staying awake and trying to fulfil all my todos. But being a geezer, as I am, I nod off in the most unflattering of ways. If you are old and honest, you know what I'm saying. Chin drool, startling awake in an odd place, orienting oneself, looking at a clock and wondering where the last 2 hours went. My father in his time denied he was asleep mid-afternoon but told me, snottily, he was "giving his eyes a rest."

So my eyes need a rest most days. Unless I am over-caffeinated, then watch out.

Posted by Wisewebwoman at 4:02 PM