Recently, I’ve been tripping over bloggers, posts and comments which have been circling around body image: fat and weight and appearance and self-esteem and dieting and restricting (both male and female writers, I should add) and I thought to put my two cents out there having had this compulsion since just about toddler-hood.

Yes, I mean I’ve struggled with food issues all my life. Ever since I was four. Four was the age when I hid food for the first time. A half-eaten Fry’s Cream bar I put under my pillow. My brother was only a baby, too young to steal it, so it wasn’t about that. I was just afraid my parents might take it away from me. I still remember looking at the remains of the bar and wondering where a safe space might be. I knew the powerful sedative effect of chocolate even then. What is remarkable is that I needed this anaesthetic in my life at the age of four.

Through the years I’ve manifested all the facets of this food addiction. I’ve undereaten and overeaten, one year could see me one hundred pounds heavier than the year before, next year I would be one hundred pounds lighter. This yo-yoing has taken a huge toll on my body. Not to mention on my emotions and my self-esteem.

Food was an issue in my family and often treated as an enemy. My mother, who even after six children looked beautiful, was always ‘reducing’. If she gained a pound she would refer to it as the ‘agony’ and work very hard to lose it and be triumphant when she did. She always did.

My father yo-yo’d all his life, punishing himself periodically (usually in the spring) by walking grimly for miles and miles every day to lose the forty or fifty pounds he had packed on in the winter months while subsisting on a meagre bread allotment until it was gone. Excess weight to him was something to be despised and demeaned on anyone. His standard phrase on spying an overweight person was: “there, s/he goes, digging his grave with his teeth.”

When I was thirteen, my grandmother said to me that when she married at sixteen, her waist matched her age and that’s the way it should be until you were thirty and that was the reward, you could have a thirty-inch waist then for the rest of your life. I attempted to model myself on these matriarchal pearls of wisdom.

At sixteen I made sure I had a very tiny waist. It got a lot of attention from my family. Aunts and grandmothers were very proud of my accomplishment. I managed this by restricting food intake for the first time. I was quite tall for my time and more rounded than skinny in body build so this was a huge accomplishment.

Back then, I can never, ever remember accepting my body the way it was. I never remember liking my body. For instance, I always felt embarrassed about my bust and for years would wear this elastic contraption to flatten it. I did not want any form of sexual attention.

When I was twenty I was pushed very reluctantly into this beauty contest in Italy and I came second. It was only years and years later in looking at the photos of the event that I realized how really lovely I was. And I cried. I had no concept of that at the time. I had figured they were sorry for the Irish girl, the ragazza irlandese. I had paraded in this gorgeous dress thinking self-consciously that my stomach was too big. It wasn’t of course.

All the fat was in my head.

And that is the thing about food addiction and body perception. It has nothing to do with having food, not having food, not exercising, over-exercising, anorexia, bulimia, binging, gorging, purging, fasting. It is about the emotions, the obsession with the body.

There is the old saying for foodies: “it’s not about what you’re consuming, it’s what’s consuming you.”

And determining this was a journey unto itself. And to myself. 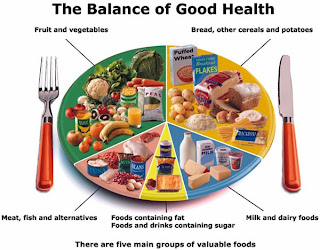 Posted by Wisewebwoman at 8:37 PM