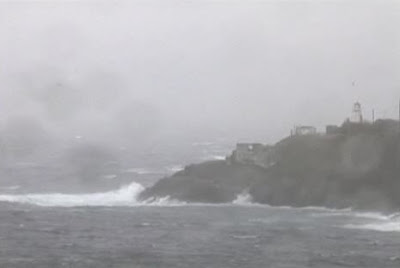 Legend has it that Sheila was especially close to St. Patrick back in the day. Whether sister, mother, mistress or wife is up to speculation.

Here in Newfoundland, a final winter storm that falls between St. Patrick’s day on March 17th and any time during the month of April is known as “Sheila’s Brush”.

Sheila brushes out the old weather to make room for Spring. Whether she did it mighty early this year is a matter of debate, but our unseasonably warm weather is marvellous.

Most old fishers and sealers won’t hit the waters until Sheila has been and gone with the brush.

They have been proven to be 100% accurate.

We’re not too sure if the last March wee storm has been it for Sheila or just a trial run for something more in the lines of one serious big wallop.

PS I’m overloaded with work so blogging and blog-reading are sporadic until end of April.
Posted by Wisewebwoman at 12:12 PM