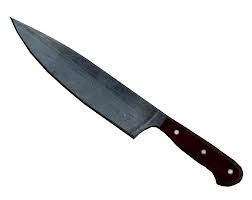 Do you find that as the world spins more and more out of control males seem to fixate more and more on the world of sports? The gear, the beer, the cheer, the FB postings? I shouldn't say male. Some females of my acquaintance do too. I've always found it an odd pursuit, gaping at widescreen teevee sports, beer and wings and chips and popcorn at the ready, cheering for millionaire unknowns as if one knew them.

In extremis of the above paragraph: the superbowl had the most viewers, the most sexually charged performances, the most human traffic with pimps (an estimated 10,000), the raunchiest, most violent ads., etc., in history. And very few see anything wrong with that.

I'm thinking of starting a more cerebral type of dinner party circle here. A potluck and "bring something to read" event, drifting around to different houses once a month or so. I ran it by a friend today and she was really enthused. Elevating the level of discourse which tends to circle around the 3Ks here in my wee outport. If it doesn't start with me, where does it start. I instigated a really lovely one in Toronto years ago and most of us are still in touch.

I don't know why this story (true) popped into my head today, but it did. About 12 years ago I had a call from another accountant who had her own practice. She said she had to meet with me as she had a very sensitive matter to discuss. The long and the short of it was her son had died. He was a highly successful IT entrepreneur and hadn't filed his taxes in six years which was a total shock to her. A bachelor, he had left everything to her. She couldn't face the boxes and boxes of material he had left behind and engaged me to do the work. Which I did. But the oddest, weirdest thing was the way he died. The overhead fan in his bedroom had stopped working. He took a knife from his kitchen drawer and attempted to tighten one of the screws. The fan started up and the knife flew out of his hand and into his heart. Instant death. 34 years old.

I am preparing a story telling talk. I have so many stories. I really want to tell them. They float in and out of my head to bursting.

All of us should be telling more stories. I remember my granny's and even my great-granny's. And so many in between.