Apart from this blog, I haven't been up to much original writing for I don't know how long.

And the other day I made a note when listening to someone talk about a white dress. The note said "white dress wispies." And a long ago day, when I was thirteen, flooded back into my mind as vividly as yesterday. I'll let the story speak for itself, though it probably needs a bit of editing. 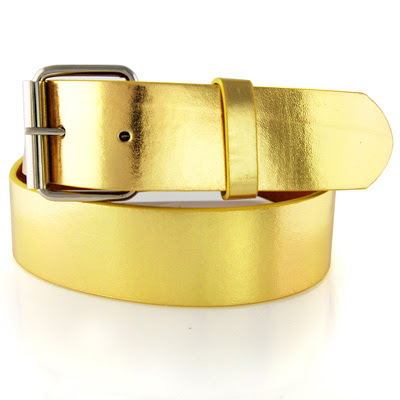 A White Dress and Wispies

I was mad with excitement. A distant relative had sent a dress all the way from New York, white with a tiny gold belt. Mummy broke down and let me buy the gold ballet style shoes, known as “Wispies” - they came in fifty colours. My best friend Nuala had ten pairs in every colour under the sun and beyond. I was lucky to get this one magical pair.

A garden party. A final garden party in a huge old country house that was being turned over to the government as some kind of centre. And Daddy, representing local government, was taking me. It was ten miles away and no buses went out there but we were going on our bikes as we didn't own a car yet. We were used to long cycles to the seaside on Sundays when the weather was warm like today. I loved escaping from the house, from Mummy and all the younger ones and the crying baby. It was only afterward, when I was grown and gone, that I reflected on how unfair that was, Daddy escaping, Mummy stuck endlessly with four boys under ten with no relief.

I borrowed Mummy's pale blue angora cardigan with the pearl buttons and wore a pair of white gloves that I'd worn at my confirmation a couple of years ago.
“Pull that hair off your face,” Daddy said irritably before we set off. My long hair was an endless source of annoyance to him. Maybe because he was balding, I couldn't figure it out. So I ran upstairs and took a ribbon out of Mummy's old biscuit tin that housed her treasures. I took a minute to pull my thick hair up and back in a ponytail.

“You'll have a lovely time,” said Mummy at the door, waving us off, the baby on her hip, “Remember your manners!”

After we discreetly parked the bikes outside the main gate and went in, Daddy introduced me to Important People. I had been instructed to say “pleased to meet you,” and shut up. That was easy as I was very busy looking around at all the women in hats. All kinds of hats. And everything matched beautifully. There was champagne and Tanora and four people in a little pavilion playing classical music.

Getting bored very quickly while Daddy made conversation with strangers, I wandered off. I thought I might be the youngest there, for I saw no children. Waiters wandered around with trays, I followed one until he noticed me and handed me a linen napkin and then held out the tray. It was piled with all kinds of tiny delicacies. Hors d'oeuvres they were called - I'd read about them in a book but hadn't a clue how to pronounce it. I loaded down my napkin with morsels and proceeded to pop them one at a time into my mouth. The waiter rolled his eyes at me, I thought it quite rude, and marched off.

I sat down in front of the musicians and polished off the rest of the food. Laughter rolled in waves all about me, the polite meaningless kind. I applauded the musicians when they finished a piece but I was the only one and they ignored me. There was a sudden silence followed by the ringing of a bell and I got up and followed the sound to a dais where there were many officials, all well dressed men, Daddy amongst them.

Keys were being formally handed over to Daddy's boss whom I'd met earlier and then an old book was signed by two of them and a curtain at the back of the dais was pulled aside and the name of the new entity was emblazoned on a huge granite stone, and photographers were flashing bulbs and there was thunderous applause all around. An excitement I didn't feel. Not one bit. I looked around for more trays and spotted one at the back of the crowd with multi-coloured pastries and I charged off and smoothed out my crumpled napkin and helped myself to more than a few of the fresh delicacies.

I was still munching them when I was tapped none too gently on my shoulder.
“Go on! Leave! I'll follow you! Hurry up!” Daddy was very angry.
'You're a disgrace!” he said through tight lips, fastening his bicycle clips to his trousers, “I should never bring you anywhere!”
“What did I do?” I was bewildered, frightened.
“You'd think your mother would take care of you!” he was hissing now, I could tell he was disgusted.
“What's wrong, Daddy?”
“What's right would be more like it,” he climbed on his bike, “The embarrassment, the shame of this!”
“Ride in front of me, for God's sake!” he said as we pulled out on the bikes.

I was shaking but thought to not anger him further. The ride home was the longest I'd ever experienced. His displeasure shot holes in my back.

As soon as we got home he confronted Mummy, shepherding the three of us into the Front Room and slamming the door.

“She's a disgrace, she's a let down, in front of everyone. I'm telling you woman, that's the last time I'll ever be seen with her. I don't know how I can walk back into my office tomorrow. I'll be the talk of the town. And it's all your fault!”

Mummy was white, she was down to stuttering his name, like she always did when he turned on her.

“Turn around!” he said to me, grabbing my arm as if I wouldn't do it fast enough to please him.

“Oh my God!” said Mummy from behind me.

A white dress and my first period.
Posted by Wisewebwoman at 8:08 PM

Labels: a short story based on fact, family, ireland