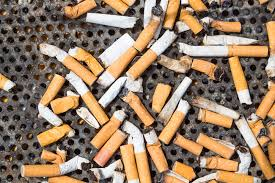 Living with others has its trials and tribulations. I get to the conclusion I don't share the sandbox well unless the visits are of short durations or with the type who have profound knowledge of or have simpatico of the other. In sync as it were and I have a few of those.

I'm not terrific around smokers, I'm talking the fierce, smoke-gulping kind who need constant hits of the drug. (And I was such a creature until nearly 30 years ago. So I have an understanding.)

A friend who stayed with me all last week to Monday past, in my age range, has yet to quit nicotine. So my time was spent waiting for her to finish, to start, or to plan the next intake from the white tube. Not to mention detours to buy the weeds. And the house freezing as she bounded in and out.

It's been years since I've been around non-social smokers so it took a fair degree of tolerance and understanding from me. I found resentments piling up as I waited yet again for her to come back into the restaurant or the car or the house.

I thought toting a book to occupy me would be rude. But I found my subtle android screen-sucking would entertain me and remove the puss off my face.

But still...often she ran into stranger-smokers outside and as she's gregarious could light up yet another in their company as they chewed the fat between drags.

I love her dearly but dear gawd, if I added up all the time waiting for her in various locations, I would be canonized.

How do others deal with this?

It's not a topic I've ever seen addressed.

She's gone back to the homeland now, so my life has been returned to me to do with as I will.

And she's never been interested in my blog, even if she had the expertise to locate it for Google is beyond her.
Posted by Wisewebwoman at 3:09 PM