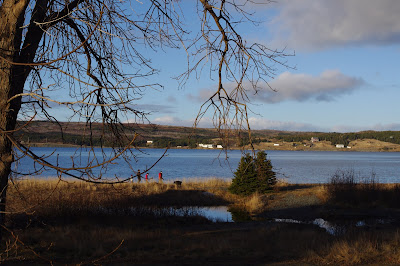 This is a joke I posted on Facebook. I love jokes that are clever and clean and have a surprise at the end.

"You're both in your nineties," said the judge to the elderly couple, "Married 70 years! Why would you want a divorce now?"

Said the old woman: " We were waiting for the children to die."


I have a film crew coming on Sunday to make a short film in my house as it is old and hasn't been drastically renovated but has the original exterior and interior. Interesting, I think. Now I'm thinking it's a huge disruption. Then again......

I had two rejection letters. How do you deal with rejection? I had loved these two submitted pieces, and so did others, so I felt rather very crushed and then got so busy later that I forgot to feel sad but now that I'm here at the end of the day I've got time to brood and flay and tell myself give up, I'm useless. So I'm writing here instead for the 4 or 5 that do read me and appreciate. Thanks guys.

Yesterday, I visited my friends whose daughter died and actually made them laugh helplessly about the first marriage proposal I received out here in the Far East. Have I told you I've had hilarious marriage proposals? I will some day. It could be a book. I always cry in my car when I leave my friends, I can't imagine their suffering. Now they are putting their daughter's Jeep and house on the market. She was only 40 and death stalked in, in the middle of the night, and grabbed her. A congenital heart defect. I discuss books with him, he's an avid reader of all things Newfoundland - he was a coast guard in his time - and make them both laugh. I don't plan it that way but I'm glad it works out that way when I visit. Getting out of bed is their enormous act of courage for the day.

I had this friend, well, she's more of an acquaintance. When I moved here she'd phone me about once a month. Strange conversations. She'd never a ask a question but would launch into a sort of list of people who'd let her down by not phoning/dropping in/not picking her up/not letting her know about events, etc. She had a stroke many years ago, I remember visiting her every day in the hospital, not an easy thing as the location of her hospital was both a subway and streetcar ride away from where I was headquartered then in downtown Toronto. But I knew visits to her would be minimal or zero from others during the day as she lived way out in the outlying suburbs and the hospital was in the west end. And there were other occasions too when I filled in as her caretaker on weekends away. All this to say, I was up against myself in dealing with her. I never felt close to her but I would still feel guilty, the stroke for one, and the fact she didn't establish deep friendships with anyone mainly because her demands never stop when you're with her. There are always extras you have to do and there is no acknowledgement of driving out of your way or picking up extra stuff along the route. And then guilt again for feeling like that. It's a vicious cycle. I dropped my landline months back and now I'm just on mobile. And of course she doesn't have that number. But lawdie, now she's phoned many of my friends to demand my mobile number but none feel they want to give it to her. So today she calls a buddy in Florida and he immediately puts her request for me to phone her right away on my FB wall. She is tenacious. And truthfully, normally I don't think about her at all. Guilt again.

So yes, I will call her. If I don't forget yet again. I need to brace myself. I don't wish for more friends to get harassed by her. There's none as queer as folks. If it were me, I would have given up long ago and put it down to disinterest and move on. But not J.

I take official possession of my home in the city tomorrow. Exciting times. Though I won't be moving there full time until the fall for there's a lot to wind down here over the next few months.

So new pastures, new opportunities await. Sadness too at leaving this little paradise behind.

Posted by Wisewebwoman at 11:32 PM