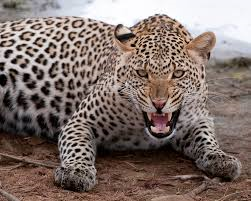 Never speak ill of the dead.

She did her best.

She didn't mean to be nasty, did she?

Words soaring in my head after an older cousin died. A cousin I tried to like but couldn't. She was an only child of a "widowed" and cold mother to give you a little background. The widowed aspect was always under a cloud as our granny would always "humph" nastily when her daughter's status was mentioned. Only one picture of her father existed and it looked like it was cut out of a magazine. I remember he wore a uniform of some kind but no one could answer how he died.

When I was 4 and she 10, she threatened to hang me by my nose off the church railings if I didn't give her the bracelet my granny gave me. Needless to mention.....

When I was 8 and she 14, I was staying at an aunt's in the country while my mother was giving birth in the city. I felt very important as my father had written down his work number on a piece of paper so I could telephone him from the post office up the main street and he would tell me if my mother was OK and if it was a boy or girl.

She dropped by my aunt's (this aunt was a maternal aunt and no relation to her) and I proudly shared with her how I was going to make my first phone-call all by myself at the post office. She snatched the piece of paper from me and raced away only to come back about 10 minutes later and tell me I had another brother. I was inconsolable that she had stolen even this from me.

Frankly, I was always a little afraid of her. This was enforced by my mother who barely tolerated her due to her constant lies and demands on my father who was her only uncle. A parade of "suitable" men were paraded through our home when she hit 20 to be vetted by my father. She always insisted, privately to me, that she was closer to my father than I could ever hope to be. And there were other cruel little interplays with her, particularly when my mother was dying which still has the power to upset me all these years later.

Yeah, I get that she was needy and sad and alone and over compensated with braggadocio. I truly tried to like her in later years, being aware of all of this. But the last social interactions I had with her left me feeling so empty and baffled. There had been no personal growth, her conversation circled around herself, her skills, her beauty, her wardrobe, how all in her path adored her. And her remarkable lack of curiosity or compassion for others was breathtaking.

I'm left reflecting how bereft of feeling I am for her, this strange leopard and her spots that never changed.

Not even a whit of guilt.

And for that I'm glad.

Posted by Wisewebwoman at 11:00 AM