Running smack dab into my own faulty assumptions 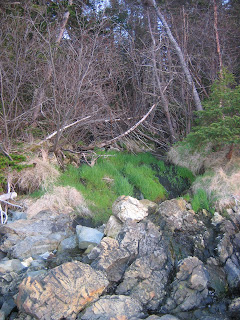 I can form snap judgements on people which are invariably incorrect.

This was proven to me a few nights ago when I invited someone I know (but not very well) in, who was walking by on the road. I told her I had a really good blend of coffee and there was some to spare if she was interested.

She came in and we sat and chatted. She is a simple woman. I will call her Annie as the village where I have my house is very small. She was widowed young and left with seven children and she is six months older than me. Though in that way I have of looking at others of my age group, I view her as quite elderly.

Her husband and his brother were in their late twenties and out on a batter and got drunk and had a bad accident. The brother survived without a scratch. The husband died instantly. Co-incidentally the survivor’s the man who does all the handiwork around the house here, very gifted with woodworking, fishing, hunting, and digging holes for septic tank problems and installing stoves. A veritable genius.

She harbours no illwill against her brother-in-law. You can’t in a small village, she says. It teaches you to get over it and get along and to do all that with speed as you could wind up demented and alone if you took something like that on.

She has lived on welfare all her adult life since being widowed and says she should have been born a man as she never could get her head around the womanly things, like baking and dressmaking and housework. She built a house for her son, though, she couldn’t afford the backhoe so she dug out his basement by hand and then put the rest of it together from what she’s observed about housebuilding.

We took a walk after our coffee, Annie and I and my dog. Annie likes the bit of company she says, It’s not good to walk alone, the time goes faster when you have company. I agreed. I remarked on the good condition of the lane by the shore, how the hedges were so nicely trimmed and the grass kept down and the erosion halted by careful stone and plant placement.

I was astonished. I thought she was joking.

“Ah no, I’m not”, she said, “The government has been good to me, all these years taking care of me and the children so to speak. I cut all the grass on the lane and keep the bushes trimmed, and I noticed the ocean was eating away at the edges of the lane so I stopped it. The old way my father taught me. Plants and rocks and seaweed.”

And no, she doesn't get paid for it. It's just her way of giving back.

And here I was thinking what on earth could a simple woman who has been on welfare all her life and me, who hasn’t, possibly have to talk about?

Picture taken a week ago in Cape St. Mary's
Posted by Wisewebwoman at 9:16 PM