How The Bankruptcy of Harrisburg, Pennsylvania Affects Me, Personally. 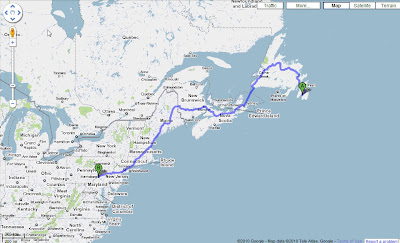 I’ve been to Harrisburg, capital city of Pennsylvania, a few times. Mainly driving through it and on to somewhere else. But one time we actually stayed there. It was foggy going through the Pennsylvania mountains on our way to South Carolina so we found this little motel and slept, dead to the world, from the sheer exhaustion of gripping the wheel and squinting our eyes to see through the fog for many hours. The breakfast we all remember, it was that good. There was fabulous ham from a local farm and eggs bennie. And home-made bread. I measure my life by the great meals I’ve eaten. I come from a long line of good grubbers.

But that’s beside the point.

Harrisberg is now but the canary in the coalmine in our new world of cities collapsing under unsustainable debt. And through the overextended tentacles of financial engineering and global credit defaults, we are all connected.

The latest fright comes from Harrisburg, the capital of Pennsylvania. The city is considering seeking bankruptcy protection—as well as tax hikes and asset sales—to address $68 million in debt service payments due this year.

Carol Cocheres, bond counsel for the incinerator’s operator, the Harrisburg Authority, told the city council at a Dec. 14 hearing that the city is already in danger of legal action for payments that were missed last year on $288 million in debt it has guaranteed with its full faith and credit.

“There’s never been a default like this in Pennsylvania municipal history,” she said. “This is all new territory.”

Cocheres told council members that by skipping payments that are made on behalf of the authority, the city risks being sued and ordered to raise taxes or fees by Assured Guaranty Municipal Corp., formerly FSA Insurance, which has insured the bonds, or by the deal’s trustee, TD Bank.

Read all about it here:

You see, way out here on the edge of the Atlantic in Newfoundland, TD Canada Trust Bank is my bank.
Posted by Wisewebwoman at 12:12 AM