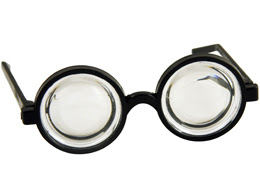 I've never written of this or spoken of it before to anyone. Mr. Geoffrey came to my mind early one morning last week as I lay in bed free-thinking. In that way when one's mind can dance and spin around itself, trailing black and white pictures with the explosion of odd sunbursts to make it more interesting.

I can still see him clearly, his leonine head pooled in the light from the strong lamp on his desk, his manicured hands, his eyes magnified far too much behind the thick lenses of his spectacles.

I had the thought of a one-woman play on this story. Next I had the thought that perhaps it was much
too fragile for that? So I'm greatly interested in feedback. I will never forget this man and the unspoken intimacy that lay in the air between us. We never talked of it as if that would have somehow demeaned or cheapened it. All these years later, I still feel warm and safe and, well, loved, when thinking of him. And extraordinarily weepy.

Some things seem quite odd in today's world. Setting: 1969 - downtown Toronto: afternoon in a wooden-desked office. I had the only calculator. A large cumbersome machine which had carbon paper interspersed with the double tape on it so a copy of my 'tots' could be clipped to a general ledger page. Ah, general ledgers, huge tomes with numbered pages. They held the entire financial transactions of a company. Erasures were not allowed. One had to stroke through an error and re-enter it. In pen. Errors were frowned upon. I would need a key, kept in the office safe, to separate the covers and add a new page to avoid fraud and falsifying.

In the summer a light breeze would slide through the windows on the fourth floor and cool us. Open windows in an office building! I would take the sales ledger from the sales clerk around two o'clock in the afternoon and begin to transcribe the totals into the general ledger. Ditto with the purchase journal. All huge books. Important books with columns of blue and red. Where brackets were not allowed but dr(debit) or cr(credit) inserted after each entry. I was 25 years old and considered myself terribly important as I was the first female accountant hired by the firm.

At around three o'clock I'd be awaiting the accounts receivable ledger (where the receipts of the day would be entered against the amounts owing) when I would go to the kitchen and get two cups of coffee and then into the office of Mr. Geoffrey. Mr. Geoffrey was one of the partners of the firm, a man whose main distinguishing feature were his bottle-bottom glasses. A man impeccably dressed with a heavy Germanic accent. There were embroidered logos of his initials on his french cuffs and on his handkerchiefs. I had never seen the delicacy of this before – on pearl grey silk or finest linen shirts there was discreet matching silk embroidery - GBF all intertwined. So delicate I could barely detect it. My mother was a fine embroiderer and knew her fabrics. I remember writing to her about Mr. Geoffrey's shirts and handkerchiefs as I knew she would probably have never seen such work either.

Even in the middle of the day with the sun pouring through the windows, a bright brass desk lamp would illuminate his desk. Beside it was the largest magnifying glass I'd ever seen.

By the afternoon, his eyes would be tired and he had made an arrangement with his partners that I would read to him: the early edition evening newspaper, any archeological articles from the National Geographic or essays from the Atlantic. He told me he'd chosen me as he didn't like the Canadian accent (whatever that was!) and he thought I spoke so well. I would sit beside him and he would have the reading material all ready in his preferred reading order.

And I would begin.

Posted by Wisewebwoman at 6:00 AM