Philip Seymour Hoffman and the Monsters. 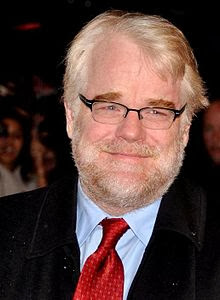 I was an admirer of Philip Seymour Hoffman's acting, his directorial abilities, his engaging intelligence. I was also aware of his addictions, the monsters that can awaken at any time and stretch their muscles and grab you by the throat. Awareness is a vital key to us addicts. With awareness, we can sedate the monster, bore him into a coma by simply not paying attention when he starts to yawn and whimper for attention.

Many of us addicts share the what-ifs of Philip's death. As in: what-if we succumbed to the monster? What-if we ignored the monster for the last 20+years and then just danced with him the once? Could we then disengage and start all over again without him?

When the poll is taken the answer is always no. When 20+ years of monster beating results in firing up that particular romance again one would then question all those 20+ years that brought you to that renewal of the vows of engagement.

That's where Philip was. I totally get it. So do other addicts.

He said some things a year or so before his death from an overdose:

"How do we get so deformed, why are we always trying to find that flaw and fix it?"

"We are slaves to the lives we create."

He was unhappy. Sobriety wasn't enough anymore. Unbelievable success was not the answer. He said he never knew what happiness was. He thought it was way outside of his capacity and understanding.

And only for other people.

Posted by Wisewebwoman at 12:50 AM