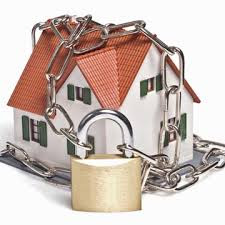 I wrote about her a while back. Here. Just over 4 years ago. Carol* moved away to the city and we stayed in sporadic touch. She finally met the man of her dreams she told me only a week ago. And sent a picture.

And then, her daughter, who gave birth to Carol's first grandchild a few months ago, messages me today that Carol took her own life yesterday.
I can only conclude that the latest knight in shining armour had clay feet too. Or Carol just gave up on her dream.

After my initial shock and a welter of tears, I am still baffled. Carol was beautiful in an exotic way. Dainty. Petite. Her childhood was one of the worst I'd ever heard of, full of foster homes and abusive men. She lost a brother she was very close to about 5 years ago and told me she could never get over it. He was her pillar of strength.

I met some of the men she was involved with but not the latest. I was not impressed with any of them for a variety of reasons.

Over the years, I got to know Carol at a deep level and understood far too well her motivation in wanting a safe life with her very own fellah and security. Security was important to her as she'd never, ever had it in her entire life.

I don't think she really understood what it meant. Apart from the fairytales depicted on television. I had suggested a few times that the only security she could ever find and hang on to was the security residing within herself.

I weep tonight for all the Carols out there.

And for all the "if-onlys" of life.


*a pseudonym
Posted by Wisewebwoman at 10:57 PM