The prompts are hosted by Elepant's Child this week. Go visit her blog and see what others are doing with these prompts and maybe have at it yourselves.

This week's prompts, use one or all.
You can't judge a book by its cover;

The squeaky wheel gets the grease 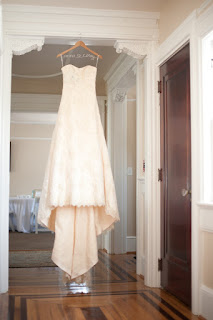 She repeated the ad she placed on Kijiji to herself and snapped a quick picture. A bargain, but she needed the money now.

Book and cover, more recently used by granny who was bolstered by Isabel's mother, granny's daughter.

But it made her all the more adamant in pursuing Stan, the glamourous and handsome new sales guy at the car dealership where she worked. He charmed the pants off her, literally and figuratively, and she totally understood how he needed to bolster his sales to be kept on so she gladly assisted him, turning over some of her nearly finalized deals to him. Especially that truck deal she had worked so hard on with that new trucking company, a fleet of six trucks.

But she and Stan were getting married after all and it was all one pot anyway, he'd said. A huge commission cheque but he'd said he's use it for the down payment on that little cottage on the water she'd had her eye on. And then there was the discounted sports car he'd wheedled out of her. For his "image" he said. He'd pay her back. He made her head spin did Stan with the promises and the honeymoon he'd planned in Italy. She'd never had this kind of attention from any man. Granny and mum didn't like him and it was so evident it made her heart hurt when Stan came over the one time for dinner to meet them and then said he felt so unwelcome he didn't want to come back.

At the table, he wouldn't stop bragging about his sales even though basically they were hers. Saying to them stuff like "the squeaky wheel gets the grease" "all's fair in love and war" "it ain't over till it's over" as if he won a battle every day. She saw it all so clearly now and her cheeks flushed red as she looked at the ad, remembering she'd invited the whole dealership to the wedding, she'd paid deposits on the hotel and the catering and spent so much on the dress, it was so lovely.

It was her boss, the owner, who told her Stan had scarpered two days before the wedding. Left his apartment with 3 months rent overdue, no forwarding address, and apparently a couple of wives were suing him for child support.

Her boss looked so sad as he shook his head at her, offering up another cliche that made her scream internally:

"There's a fool born every minute."

Posted by Wisewebwoman at 12:30 PM