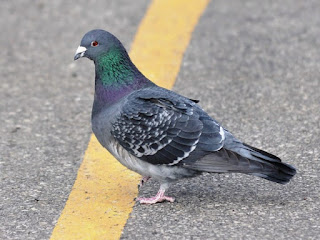 I am grateful for the mundane. The ordinary. I had some running around lurching to do today. I took breaks.

I try not to get annoyed while I repeatedly ask my pharmacy for delivery. They ignore my instructions. But then text me 850 times to come pick up my script, what's wrong with me. Yeah, I'm grateful I still lurch my way in there.

I took a lunch break at a distanced cafe and was quite shocked when I realized the geezer at the table in the corner was flirting with me, eyebrows waggling, big grin. I smiled crisply (if there is such a thing, but years of practice, etc.) but he persisted, asking how my iced coffee and sandwich were and then I just nose dived into the device.

A couple facing me at a safe distance were (she was) talking about her red nails and her manicure and the gossip out of the nail salon and how she never felt feminine (what the hell does that mean?) unless she could look at her nails with pride. He didn't contribute one word to the conversation. She asked him if it should be a deeper red, well maybe next time, what did he think? He shrugged. LIke aliens to me, these two.

I finally sorted my headset issue in Staples and returned the faulty one. Pay peanuts get monkeys. My new one works like a charm, a lot more expensive but it means I can resume Zoom meetings again. I missed them, especially my family one on Sunday nights.

A pigeon was dying as I drove back into the parking lot. Very distressing. Couldn't fly and trying to hide under the cars. Poor pet. Many residents circling around it, none, of course, wearing masks. I'm the outlaw in the mask. I hope it's not an omen.

A friend had a particularly brutal thing happen in his cottage in Ontario where his fireplace blew up. Details are scant but he was airlifted to Toronto and as I write the plug is being pulled. He was a Harley rider with those delightful childlike qualities that some men have. His 90+ father is still living. Last week, he posted a picture of the five generations of men from his father down. At least he lived that long. 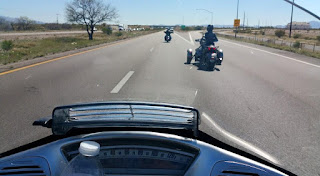 We never know for whom the bell tolls.

Posted by Wisewebwoman at 5:54 PM