Paulina, though a generous and gracious woman was not an easy woman. She expected a very high quality of work. One of her demands from me was that I encapsulate the status of my work for her verbally. This is how she understood the complexity of her financial status. I positively hate oral presentations of this nature. Pausing to clarify her questions and formulating answers wasn't easy for me. I am much better at written reports.

She was very sensitive to this, she was sensitive to everything. I would come to her house at least once a month and perform the work and give her my verbal updates, she would question, I would stumble and falter and refer to my notes and try to grasp what she was attempting to understand which to me was so obvious. I was fed lunch, I was told no perfumes in her house, I was told not to use scented detergent or soaps, I was told she and her partner only used organic products. For everything. I viewed her as quite persnickety until she shared that she had beaten cancer which had brought her to her knees.

She began to really like me and this was reflected in much laughter over child raising, first marriages, career women balancing everything, in our now more frequent meetings. She then told me there were other businesses she was involved in, would I be interested in working for them and for friends of hers who owned businesses?

So thus we began on this long journey of business and friendship. She hauled me along to lectures and clubs, I met her friends, I was invited to her dinner parties. I was invited for a week long stay to her cabin (while her partner was in England) in the Laurentians in Quebec which turned out to be a disaster. 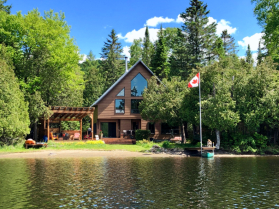 It started when I arrived and parked my car. She came out to greet me and then apologized and said I hadn't parked my car properly and I needed to do so. I was confused. It seemed, in this vast area in front of her house that I needed it to be "straight."  It turned out to be in alignment with the side of the house not at an angle. "Aesthetics," she explained. This did not bode well. And it got worse.

I wasn't aware that black fly season in the Laurentians had just begun. And sitting out later on the deck, I was eaten alive and I had a severe allergic reaction in that my body blew up. She gave me some organic salve which didn't work and I spent a miserable night, made even worse in that were was no bedside lamp to read by and distract me from my sore and bloated body.

The following morning I told her I was going to find a drugstore and get some medication for my condition and she was appalled I would think of using chemicals. I wouldn't be bitten again if I wore this type of beekeeper suit she had in her shed for guests who might develop this reaction in black fly season.

I stood my ground, marched off to my perfectly aligned car and headed into the local town, reviewing mentally my poor French in order to confront a chemist and request some efficacious treatment for my grotesque appearance.

My French worked, my appearance alone horrifying the chemist, and I found a bathroom to slather myself with her recommended product. The immediate relief had me just about crying.

I returned to the cabin, defiant, parked "properly" and found her in the kitchen surrounded by the aroma of her marvelous cooking.

"Are you feeling better?" she asked me gently, her kindness as always showing in her eyes, in the way she reached out to touch my arm.

And it struck me then, as it strikes me frequently, the best of friendships aren't formulated on our similarities but on our differences and how we tolerate them in others.

She never complained about the chemicals on my body, I sucked up the fact there was no bedside lamp and I just stayed up a little later in the living room reading until it was time for bed. 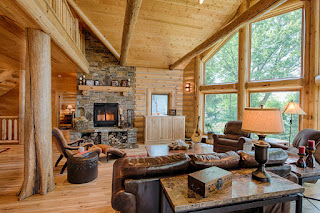 Posted by Wisewebwoman at 1:47 PM