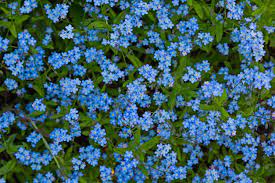 It's a very rough day for me when three condolence cards have to be written and mailed. I'm not a believer in platitudes and pre-printed sympathy cards. I like to do a little eulogy of my particular memories of the deceased to the grieving loved ones. I'm in complete isolation apart from the two in my bubble. Not that I could attend funerals or wakes anyway as such gatherings are disallowed in the Time of the Plague.

The first was to a dear friend of  over forty years duration whose mother had died just shy of her hundredth birthday. A difficult one to write as she and her mother were not deeply connected. My friend is very honourable and was incredibly dutiful to her mother in her last residence in a home for retired military. I liked her mum, British to the backbone, sharp-tongued and judgy, careless with money. And quite selfish. As someone else's mum can be to our great amusement, but not our own. Heaven forbid. She never took the time to get to know her numerous grandchildren and great-grandchilden. So I wrote about the great old Irish expression when the last parent dies :"Now the roof is off your life," which has great depth if you ponder on  it.

The second was to a friend of some fifteen years whose daughter died when an ambulance was delayed. She had a problem with her leg (blood clot? - it would be intrusive to ask). She was in her early forties and leaves three children, the youngest is ten. This couple lost their eldest a few years back, he was a non-verbal autistic and died from a seizure. I can't imagine their grief. She was his favourite child, full of vim and vigor and they would run together and raise funds for autism. I've written about the death of one's child a few times. It is unspeakable.

The third was particularly hard as I wrote about this multi-talented man here.  I can't re-read it without bursting into tears. We spent more time with him this past summer and cooked for him and his partner in our rental up in the Great Northern Peninsula. He knew his gig was up for a while and opted for death with dignity. Effing cancer. Effing cancer. So I wrote to his partner citing his wonderful attributes and that magical night we spent when he played for us.

And it was the last time.

Posted by Wisewebwoman at 4:14 PM