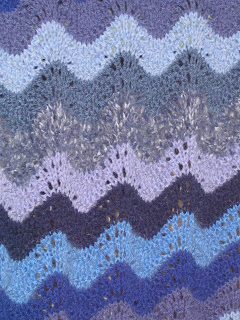 I was appalled to read The Guardian on line today and catch Climate Wars Threaten Billions when prior to that, over breakfast, I was reading Cold Rush, the Coming Fight for the Melting North in hard copy Harper's. As you have to subscribe to read Harper's on line, I'll sum the very long article up : There is a battle going on for access to the magnificent new trade route opened up by, yep, the Big Melt. Canada is trying to defend her rights to three coastlines now, rather than the two we've had. But when confronted by the neighbour down south has backed away with the plea (I'm again summing up here):

"OK.OK., alright, you can borrow it, but you're going to have to tell us about it before you use it, eh? When you remember, if it's not too much trouble, eh?"

Meanwhile Canada is patrolling the waters and trying to stay out of the way of the new warrior tourists who are busy venturing on to the lands that were formerly frozen tundra and icepacks.

My head hurts so bad after all this, that I go back to sit in front of the fire and work on my niece's Christmas gift.

I say to her a month ago: Would you like me to knit you something?
Yes, she says, knit me an afghan (lap blanket, couch throw, to those uninitiated to the finer arts of knitting stuff).
And how would you like it? I say.
Like all the colours of the waves on the ocean of Newfoundland, she says, every single one.
Righto, I say.
And here it is.
Posted by Wisewebwoman at 3:20 PM