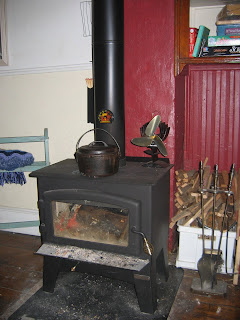 A hard to get along with dose of writer’s block is behind me. I try not to put judgements around that anymore, it just is, it happens to all writers, I had a hard time with it but don’t we all.
It’s behind me now is all I can say and I’m living and writing to tell about it and there’s a bonus of a couple of new stories for the collection. The characters stir and stretch for a while, sometimes it takes a while for them to introduce themselves. They’re shy. Or in the case of this new one, who remains nameless, she’s always made a habit of waiting so she took her own sweet time coming over and then took another long ream of it before she filled me in, just a little on what exactly made her this way. Not that she had any understanding of it at all, even after her years of therapy. But I thought I could understand it, and have compassion for it and hope that my precious readers do as well when they finally get to meet her and not be as impatient with her as I was at the beginning. For an ideal life for someone else could be far, far from what we’d want for ourselves.
Some people are meant to react to life most of the time. And some of us are gifted with a proactive gene. I know I’m the latter, I was born that way but then it got submerged for more years than I’d like to think about but when it blossomed again, I was pretty thrilled to welcome it back. I’d forgotten about it, you see. Thought it dead and buried. But it was only sleeping. I had put all those years of excellence: winning writing competitions and publishing the school magazine and writing school plays behind me. I diminished them by telling myself I was under twenty then and those were childish things. I put them all away.
And they all woke up about ten years ago. And I started writing again. There were huge globs of it inside me waiting to see the light. And before I knew it, I was published and people were writing to me and telling me I’d helped them in some way to get their own feet stuck by the side of the fire when they’d been out in the cold so long.
And that’s it, I say. Now you’ve got it, there’s room for all of us, it’s a nice big fire giving off loads of heat.
And I quote myself at myself and whoever else would care to listen:
“It is only because I’ve felt the deepest cold that I appreciate so much the warm sunshine”.
Posted by Wisewebwoman at 4:08 PM

Labels: in from the cold, writer's block, writing