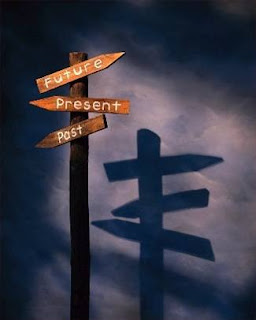 Do our personal traits and attributes and defects and assets become more intense as we age? Like in cooking when we make one of those reductions of raspberries or lemons or wine?

I was writing on another topic for publication and this thought struck me out of the blue.

I'd heard from an ex-friend on FaceBook. She is not a FaceBook friend, I should add. A friendly e-mail. As if nothing had happened between us. We were close for over twenty years. She came to Ireland and visited me when I would go back there in the summers. She was one of the first visitors here in Newfoundland when I bought this house. But now and again she would erupt at me. Out of the blue. She had a very damaged childhood, horrific. Therapy was unable to help. As it is in such cases I've been told.

And this was at the root cause of her abusive behaviour when she got too close to someone. She would say horrible things. Often in public. We had weathered these storms before. I saw through to the broken child at her core and made allowances. But three years ago, her behaviour worsened towards me. To the extent that if I was having a gathering of any kind she wanted to preview my guest list before she would commit to coming. Control issues. I know.

The breaking point came when I was giving her training, at her request, in the preparation of personal income tax returns (she wanted to set up a sideline business – in competition with me – I'm an idiot - I know!) and out of the blue she accused me of n*****ing my employees. To say I was gobsmacked would be to put it mildly. I asked her why she would say such a thing and she said that I acted always as if I owned the company. Well, duh, I said back, I actually did!

When friendship ends there may be grief and mourning and regret. In her case, for me, there wasn't, When she would return in the past and apologise, I would let it go, tell her how much I valued her. This time, the line she had crossed was taboo. I moved on. I didn't return a few phone calls she made. I was done.

And I thought about this recent contact of hers and as I politely responded to the email, and got a wordier response from her I thought, no. That's it for me. I am not renewing this friendship.

Experience has taught me that her abuse of me can only get worse.
Posted by Wisewebwoman at 12:05 PM