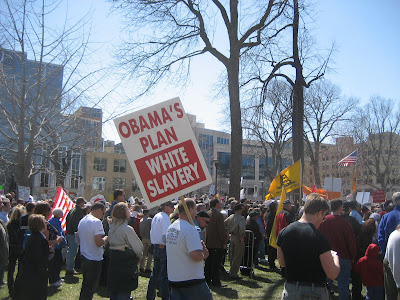 "For far too long white Americans have been told that diversity is something beneficial to their existence. Statistics prove that the opposite is true. New Hampshire residents must seek to preserve their racial identity if we want future generations to have to possibility to live in such a great state. Affirmative action, illegal and legal non-white immigration, anti-white public school systems, and an anti-white media have done much damage to the United States of America and especially New Hampshire. It is time for white people in New Hampshire and across the country to take a stand. We are only 8 percent of the world's population and we need our own homeland, just like any other non-white group of people deserve their own homeland."

Let me get this straight:

So they stole the land they live on from the indigenous peoples. They then enslaved black Africans to work the land and do their bidding. They then allowed brown people to do the work that was beneath them.

And now they're whining for a 'homeland'?