An Unlove Story Part 3 of 3 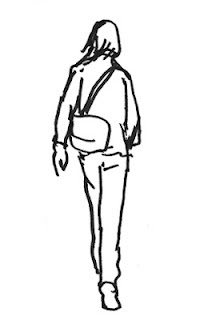 Busy, she paid no attention to any of his doings for a couple of years until at odds with herself and the world one night, she stalked Connie on Facebook and, shocked, found a wall-post that stated that she and her love were moving to Newfoundland shortly.


No, she thought, Newfoundland is far too small for the both of us. Well, actually, three of us. She would trip over this man. She just knew she would.  The thought appalled her. And try as she might, she had difficulty placing the Jack she knew in Newfoundland. He and Newfoundland would be as two mismatched socks.


Connie posted frequent updates on the projected move. But something was off. She used 'I' a lot, not 'we'? H'm? She posted she'd been to Newfoundland in June and had fallen in love hopelessly and forever. She mused that she and Connie were kindred spirits, based on their shared feelings for Newfoundland. Connie announced that she'd upped and sold her house in Ontario in preparation for her move in September.


Then last week Connie celebrated her leaving of Ontario with an announcement of a champagne brunch attended by Bill and all her 'supportive' friends. Bill? A hitherto unmentioned son? A nephew? Why no mention of Jack?


Connie arrived in Newfoundland on Monday and posted on her wall for her friends and dearly loved 'supporters' in Ontario:

“Got rid of the cheater, the liar, the stealer, the thief and the fraud, the deceiver.”

“I'm now with my new love Bill, and loving my Newfoundland life.”


And all the pieces crashed into place. Every single last one. Her sense of relief was overwhelming. She felt fortunate she hadn't been similarly afflicted and abused. And that Connie had escaped so quickly.
She lit a candle in thanks to one who was long dead:


For her grandmother, who had imparted many truisms to her over her formative years, had once bestowed on her the best advice ever:


"Never give your money to a man. For you will lose both your money and the man.”


Posted by Wisewebwoman at 1:00 AM