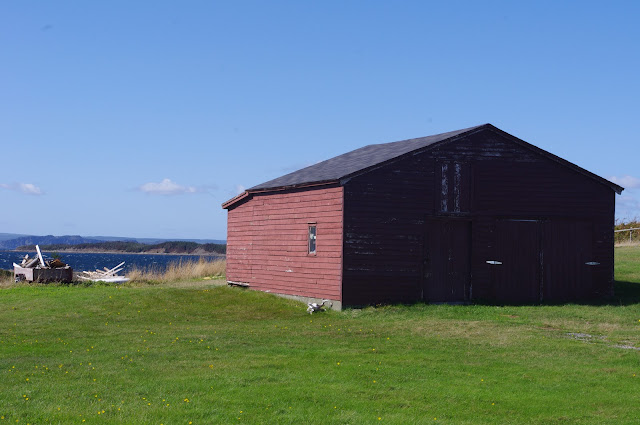 He used the old dory for storing the driftwood he picked up from the shore, to dry it out and later use in the stove.


The land behind he grew the potatoes on.


He was religious in the mowing of the grass, every week without fail, in the gentler months.


He'd allow himself to look at the old shed then. And think to himself it looked so orderly, so deeply and satisfyingly red against the green.


Today he thought to open up the shed. Give it an airing. Make sure the tools hadn't gotten rusty and all the many implements of boat-building were still in their places.


No, maybe tomorrow. He wasn't ready. Not quite yet. His heart was still too tender. Those old rafters would be too welcoming.


It had been six months. After their forty-four years and seven months and three weeks and one day together.


His whole world had broken apart the day Ben the dory maker had died.


His beloved. His everything.

Posted by Wisewebwoman at 4:00 AM