The Teapot and the Bed 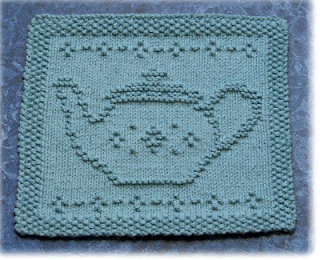 Are some self-inflicted family barriers too enormous to break down? Or even climb over?


I ponder on middle-aged identical twin aunts of my ex-husband after their parents, his grandparents, died.


It was all over a silver teapot. One didn't want the silver sugar bowl and creamer. Not at all. She'd always had her eye on the teapot. With its ebony handle. But so did the twin who inherited it. Stalemate. Neither budging in their acquisitions. All familial civilized behaviour ceased at the reading of the will and the designation of the miscellaneous silver bits and bobs to the adult children, all eight of them. A few siding with each twin. We can all nod at this for a lot of us have been there.


These identical twins never spoke to each other again. Through family weddings, christenings and funerals. And often they unconsciously dressed alike at such events. So there was confusion as to who was who. A deep chill sliced the air when Nellie was referred to as Annie. And vice-verso.


My great uncle left everything to his favourite sister when he died. He'd made his will in London, a thing unheard of up to then, especially in the little village where he grew up. So it was all sewn up pretty tightly. Incontestable would be the word used these days. He never married and left a tidy sum, including an oak hand carved bed, to this sister. Who then incurred the wrath of her siblings as she was the most well off of all of them, even before her brother died. Her sister, my grandmother, was always a bit stiff around her after that and made frequent (albeit tinged with a slight edge) enquiries about the magnificent bed. But no, she didn't want to see it. Deliberately, I now see. My mother would wink at me to STF up if she saw my mouth opening. I had many questions (always did, on everything) about how the bed was moved from London to Cobh. Now, in hindsight, I see the money from the will would have paid for this. Along with the fur coat carelessly shrouding my great aunt as she sat at her tea in our dining room (one soft-boiled egg so she could dip her toast fingers into it) with my granny breathing very heavily through her nose beside her.


Which is all in the way of trying to understand a barrier in my own family circle. No silver teapots or oak beds involved at all. Just a sudden silence. Of two years duration now. And the odd sentimental and nostalgic outreach with attempts to meet and resolve quickly offered in return but never responded to. To be followed by a long stretch of silence again. Baffling. I wish it involved a silver teapot or bed. For then I would understand. I've moved beyond the hurt and pain of this now, though it took a while, to outright puzzlement.


I guess at some things we fail. Unknowingly. And I, for one, would welcome enlightenment. I can be too blind to my own faults. As can we all.


But I sure would love to know what this teapot in a bed is all about. 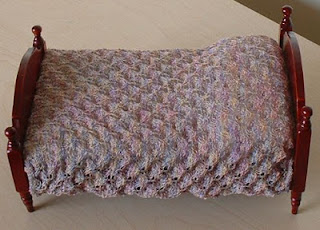 Posted by Wisewebwoman at 11:48 AM