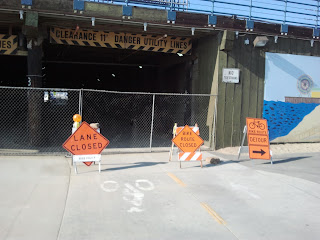 
"To take a premature or ill-considered action."

So you thought I was perfect, didn't you?

One of my defects of character is running off with some hare-brained scheme and being forced (usually by others) to come up short, in terror and a kind of awe to think I nearly got away with it.

I think I've been this way since I was around three and a half when I tried to smother my brother with a pillow. I was Queen of the Home and his arrival destroyed my royal life. He was very sick, had a nurse in attendance, was not a girl, cried all the time and I thought if I could rid us all of this defective baby, life would be simpler for everyone concerned.   I was banished to the grandparents for what seemed like an eternity of paradise. But all ends badly as started badly when I was returned to my parents and forced to attend school on a daily basis away from the scene of my attempted fratricide. Low Babies Class was how we began school in Ireland then -  for any of you older and familiar with this particular Irish terminology. You would graduate at the age of four to High Babies. The visuals are awesome for those unfamiliar with the term. But they bear nothing to the reality of nuns with rulers in damp and dreary stone convent classrooms where a good day was when you were allowed to wear your woolly coat in class to keep the chills at bay and didn't have to extend your palms for blistering from the above mentioned rulers.

Anyways, as I was saying.  I've been blessed in my life by staunch and trusted friends who prevent me from half-cocking myself. One time it was a seedy motel in Nova Scotia, another time it was a house in the back of beyond that would have involved an hour and half's commute to work. Yet another was where I was clinging to the marital home, completely overwhelmed.  I've lost track of most of them. But a few nights ago, another Staunch sat me down and said seriously to me:

"WWW - this two car business in your driveway has got to stop."

"But I use the second car for my camper. And my daughter can drive it when she's here. It's got the hitch, it's...."

"No. The car is only used once a week, if that. Its value decreases the longer you leave it and the rust can get at it while your newer car is in the garage. And how many offers have you had on it - fifty?"

"I can't see any buts in this.  You sell the older car. You install a new trailer hitch on the newer car and you pocket several thousand dollars in the bank even after you pay for that."

And as soon as he said it, I just knew.

I am so bloody lucky with the friends in my life.