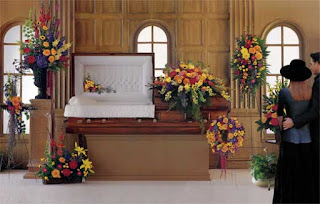 "The life of the dead is placed in the memory of the living." Marcus Tullius Cicero

E is a good friend. One of those people that I'm attracted to. Full of life, open to change, supportive and demonstrative. Quick to hug, to hold your hand. Very beautiful in a round way. Beautiful round eyes. Round bob of hair. Round glasses. Someone you would hate to hurt. Her eyes fill with tears readily. If you are having a rough time she'll sit with you and weep too. It's impossible not to love her.

Recently her adult kids swept through her townhouse and dejunked it. She was a self-admitted queen of clutter. She was not open to the idea at the beginning but then came around to it and showed me pictures of the before and after. Especially her kitchen where they had created a nook for her to do her morning meditations by a window where they had installed a bird feeder outside. She even took pictures of the inside of her kitchen cupboards where she could see exactly what she had on hand: her supplies and how she was down to one set of dishes and pots and bowls. Unless one is superhuman, I think it a good idea for someone else to de-hoard a hoarder.

Then her world crashed around her. Her beloved only sister, C, a Type 1 Diabetic, had catastrophic organ failure with attendant myriad other health issues. She lapsed in and out of a coma (and horrific pain) in the past three weeks and died two days ago.

C's life ended on a rather high, though tragic, note. Her abusive marriage had ended a year ago and it seemed like immediately, her high school boyfriend, himself a recent widower, found her on FaceBook and they fell back in love, intensely and completely. C was the happiest she had ever been, E told us. And he held her tightly through her last days, hoping against hope.

I was at the funeral home yesterday. I'm there for E. I didn't know C and I get uncomfortable around the caskets of people I don't know in life. I hesitate to approach the corpse in case my interest would be perceived as prurient. And it is surely? We are all curious about death and the way we present it, aren't we? So I do my best not to gawp at the stranger-corpse for we are there for the living are we not? From my peripheral vision of C, the remains of C, I saw how young she was. Another friend whispered to me that there had been over 60 perforations in her bowels which caused her such agony in the time before her merciful death.

E came over, remarkably dry-eyed ("I'm all wrung out" she said to me as I held her.)

I met her mother (oh, to lose a child, how heart-wrenching, how painful and inutterably sad) and then E took me aside and said: "I can't believe it, you know what's happened, who's been my pillar of strength through all of this? My ex-husband, father of the kids. I don't know what I'd have done without him!"

Where there is death, there is life.
Posted by Wisewebwoman at 9:53 AM