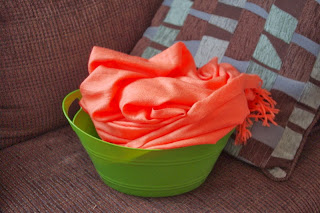 Well, a girl she will always be to me. She's a middle-aged woman now. How did that happen? I'm supposed to be middle-aged. Well, late middle aged. OK then, a "senior". Senior what? Senior middle-aged. OK. OK. I'm an elder. This is what an elder looks like, feels like, behaves like, dresses like, walks like, sings like, talks like.

We invent our own elderhood. And a fine place it is. Most of the time. Compared to the alternative.

So this girl? This girl is Daughter #1. We've had our trials and tribulations. Oh, yes. Anyone who tells you they haven't had trials and tribulations and troubles and temper tantrums with their children are liars. Or disconnected. Or on drugs. Or in la-la land and don't know their children from the neighbour's dog. Or don't give a shyte. Trust me. Raising children or watching them raise themselves? It ain't easy. Best book I ever read on parenting was "How to Raise Children at Home in your Spare Time." I just Googled it and it's still kicking around. I know. Use me as target practice all you helicopter parents out there.

Anyways, as I was saying. Daughter has moved here. To accompany me into extreme elderhood. I never expected this. And I certainly don't feel I earned this wonderful proximity. We're not living in each other's pockets - she lives about 50k from where I live. Right where the whales come in - nearly on her doorstep. When she announced her moving here we all thought she'd last a month tops and be off on her travels again, to Peru, to California, to France. But she is loving it here. In spite of the weather, the winds tossing her house around all the time, the washed out roads, the snow, the cold. She is in love with the people, the community she's in, the slower pace of life, the clean air and it shows in every fibre of her being. She glows. She is happy. What more can one want for their child?

Today she brings over lunch, a gorgeous soup and a bread she'd made, gluten-free and with cinnamon and chili peppers and bokchoy built into it. Scrumptious. I cooked a pot roast with all the root vegetables on hand for our dinner. On the fire. We had a long walk as the day was glorious and the sea sparkled and we picked up our eggs from the chicken lady and talked to her for a while tossing stories around.

It had been a while since I felt so carefree. I wasn't going out much in this dismal weather. And it showed. I know it contributed to my recent depression. Walking and connecting with others and the outdoors is essential for balance.