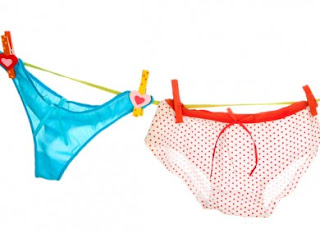 I must say I was glad of the distraction yesterday. The Old Black Dog is pacing. I say old as I feel he ages along beside me. Damned unpredictable though. I never know whether he and I are due for a long vacation together or a picnic or a weekend. He's almost a physical presence.

The distraction came in the form of a death notice. A life lived for 90 years. Memories came rushing back. They were an odd couple, Violet (call me Vi)and Richard. She was about 10 years older than him and fought it every day. A lot of energy into hair dying and styling and the shortest of skirts and the heaviest of makeup, the woiks, even first thing in the morning. I remember her startling eye-shadow which leaped from her face and the makeup caked in the wrinkles around her mouth. A chain smoker.

That era, we were all in our twenties, early thirties, Vi must have been in her forties, was full of weekends away, balls, heavy duty drinking in officers' messes, Scottish dancing, tartans and fun too. One word comes to mind when I think of Richard. Dignity. He was one of the most dignified men I've ever met. Ramrod straight, the removed look of an intellectual, and beautifully dressed, everything seemed to match. He was partial to bowties. I shared the odd in depth conversation with him. Vi was one of those women who swooped everywhere with a remarkable insensitivity to private conversations. Her voice was loud, her laughter raucous and she loved showing off her wild knickers in the ladies' room.

I'd wonder whatever they saw in each other.

My marriage broke up and I was very surprised when Vi and Richard kept in touch with me. Very few couples of that period in my life did as their loyalty was leaning more towards my now exed husband as it was his military affiliation and not mine.

On visits to their home with my younger daughter, while Vi cooked Richard would take YD and me to his den. He had a huge collection of model soldiers, laid out for the Battle of Waterloo on a vast model battlefield. Nearby, on an easel was a nearly finished rendition of an English cottage in beautiful needlepoint. I had assumed it was Vi's but was soon enlightened that in fact it was Richard's. When I expressed interest, he showed me some cushions and fire-screens he had completed, all meticulously executed in stunning colours.

Richard had been in the RAF in London, he told me, Vi was a telephone operator at HQ when they met. Vi was originally from Malta, had raised her brothers and sisters when her mother died in childbirth and her father took off. When she emigrated to England she had abandoned her Maltese origins and anglicised her name.

Richard was a voracious reader and could converse on any topic. Vi had to knock before entering his den, his one quiet space she told me, rolling her eyes and assuring me "she could be quiet too, but life was too short." Whatever that meant.

I've never forgotten their kindness to me when it seemed like many had turned their backs. It was a very difficult time in my life and their friendship was a comfort.

There were certainly sparks between Richard and me, no denying that. But I've never betrayed a friendship by poaching a partner. One of my rules of self-conduct.

Vi died about 10 years ago and Richard moved to his daughter's in Florida.

On reflection, I understand them a lot more now. Vi was haunted by her age and had her own battles every day. Richard was allowed his quiet space of reflection, mock battles, books and needlepoint.

And I rather think that crazy underwear tells another side of the story.
Posted by Wisewebwoman at 2:21 PM

Labels: a short story based on fact, couples, death, military