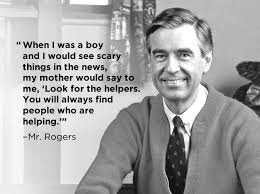 I hate drama. But sometimes I can't avoid it. And boy did I have drama last week with smoke pouring from every orifice in my stove and chimney. I shut 'er all down and jacked up house heat - well as jacked up as I can afford it as it costs a fortune out here on the Edge. Sweaters and thick socks are a blessing.

I had paid a guy, the guy who handled my chimney liner post chimney fire last year, a regular chimney contractor, to clean out the works the week before as it was all behaving rather badly, but everything to do with the fire was twice as bad after he left along with a fresh bonus of soot pouring down the freshly painted walls.

I texted him and he ignored me for a day and then said he might be in the neighbourhood in a few days and he'd check...

At that point my instincts kicked in and I just knew I could never have him back into my house again.

I posted my dilemma on Facebook, raising my SOS flag which always works out here and the following day Leo and his brother showed up with a borrowed ladder and long sticks. To cut to the chase after they had finished, this is the letter I sent off to the contractor:

I've had the work you did for me both in installing the chimney and in your recent “cleaning” of it checked out.

You failed to measure and install the chimney properly in that the stove pipe is far too short to meet the chimney or the top of the stove safely.

You used the wrong size screws on the chimney cap which needed replacing.

You failed to seat the lower stove pipe on the stove properly.

You failed to screw in the lower pipe to the stove itself.

You failed to fit the upper part of the stove-pipe into the chimney.

The stove had to be put on lifts to raise it as your measurements were 2” off.

In your so-called “cleaning” of a few weeks ago, you failed to re-install the cap of the chimney properly.

You also did not clean the chimney properly, there was a huge wedge of creosote still stuck in the lower part of the chimney which blocked it and smoke poured all through my house.

And underneath the top of the stove you had failed to remove any of the creosote lodged there.

In fact there was another whole bag of creosote taken out of the chimney and stove-pipes today.

I was told that you were criminally negligent in the work you had performed for me because of the smoke leaks coming into the house in which I could have died from carbon monoxide poisoning.

My walls and furniture are blackened and need repainting/cleaning because of your shoddy and appalling workmanship.

My power bills doubled while the stove was unusable.

Being an elderly senior on a fixed income I am shocked at your misrepresentation of yourself as a “professional” while taking such advantage of me.

I request that you refund me the total of $520 I have paid you for the original shoddy and incompetent installation ($400) and the subsequent non-cleaning ($120).

I heard back from him immediately wherein he apologised, agreed to his incompetence and shoddy workmanship and stated he would return all my money once he had been paid for a job he was currently on.

I'm not holding my breath. As I very nearly lost it forever.

They wouldn't take a penny for all the work they did and their assessment and correction of the problems.

And that's what I'm thinking about as I write this.


Posted by Wisewebwoman at 9:40 PM