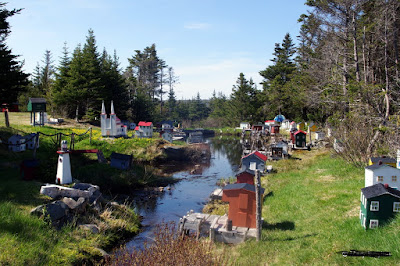 A long time blog friend passed a few days ago. It's a wrench and particularly so in Marianne's case as we sang from the same page of the political and feminist song-book. Her posts and her comments were incisive, intelligent, wise and compassionate. She went far too quickly, but comfortably, at home and in the warmth of her family. She joined the ranks of quite a few of my blogmates who have passed. Time from diagnosis to death has been swift and unrelenting in the cases of the many, both in real life and in internet life, who have departed my world in the last few years. And their losses never get easier.

I find I wrap up most of this grief in the void that Ansa has left. I only realized this recently when I was in the car and I saw a dog that looked like her and I was overwhelmed with sobs. Unreasonably I felt. But I learned from grief therapy that this is often the case with us mourners. We will find something that triggers a whopping outpouring but it's yelling into the void of pain and absence of the many. Of all, I think. Opening up every single loss. This is one of the reasons why so many seniors gamble and drink as the stats are simply frightening. Undealt with grief and depression would be a foundation for this I would speculate but it would be enlightening if more studies were funded on this possible correlation.

Daughter and I fielded a table of our wares on the weekend at a fair. We sold a little but boy I felt it when people raced through my prints and knitting and jams without comment or question. Surprisingly, a shot I took of a miniature village a few years back was the hot item as the old man who created and built it tore it all down after a couple of tourists banged on his door. He was over 90 and terrified and thought he'd stop this harassment if he destroyed his magnificent work of art. I know, sad. But I'm still getting calls from people who heard about this picture and want a copy. It is large, 11"X 14" but captures the sense of the beautiful wee village of Oderin. It was where the old man grew up. The residents there were resettled as happened a lot in rural/outport Newfoundland but his heart remained in the idyllic place now long abandoned and forgotten. But not by him as he painstakingly recreated it.

Here it is in video format:


Posted by Wisewebwoman at 3:08 PM