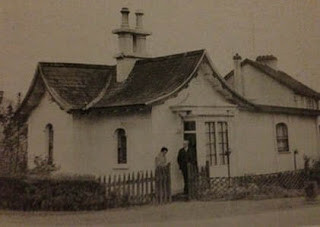 A typical lodge of the 18th century in Ireland. Many of these still existed when I was growing up over 70 years ago.

I live in a place which has the title "Lodge" in it. This is either a glamorous or depressing word depending on your history with it. If at all. I was raised in Ireland where there were many lodges, most notably those small houses holding a gatekeeper at the end of a long curving driveway leading to a mansion of the landed gentry. The lodge keeper would come out, tip the forelock if you were recognised, or run you off if you weren't. Then there were hunting lodges for the mad fox persecutors with their baying hounds and horns. But I digress.

Daughter lives in a Cove and keeps a journal of "As the Cove Turns" which provides weekly entertainment for us both, so I started my own particular journal.

I decided to do occasional little updates on where I live, in my lodge with 48 other apartments. Yes, I am "lodged" here but am not a "lodger" which implies dismal cabbage-smelling boarding houses in Bournemouth. Amazing how one word opens up so many other interpretations and riffs.


As The Lodge Lurches

My next door neighbour, Grace, 91, just died. I didn't know her well, just to chat with in passing. The Lodge is a small village. Like high school, little cliques, chronic complainers, recluses (me, selective), drunks, flirts, it is a microcosm of the human race. Little battles break out about usage of the two fine and beautiful common rooms, bingo and cards and darts versus piano practice, workshops, scrabble games. I hear about them in passing and don't participate except to ask the most wounded and hurt "And why do you listen to gossip about yourself?" Because they do. Gossip is the currency. I had warned a friend who moved in here to be truly selective as to who she hangs with and she made the mistake of befriending every lost soul and their troubles and now they bang on her door at 9 at night and because she's nosy she opens the door to them and is going mental so comes up here the odd time and pours out her distress at being the target of so many strays and being unable to stop. So now she gets drunk with a few of them every Saturday night. Old age is complex and almost child-like at times. I keep my distance and am happy that way. My boundaries are clear and I am not afraid to enforce them. 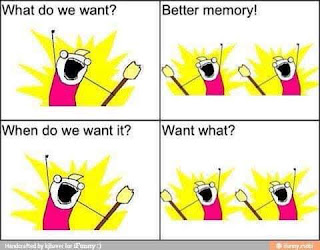 Posted by Wisewebwoman at 11:01 AM