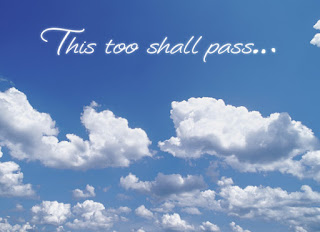 I was at a Zoom meeting last night and a guy from Texas shared (almost humorously, almost defeatedly) that:

(a) his country was burning to the ground
(b) there's a massive pandemic killing his fellow citizens at a galloping rate
(c) police and blackshirted unidentifiable guys are shooting fellow citizens, focusing on blacks.
(d) there's an asteroid hurtling towards Boston, or maybe what's left of it by the time it gets there
and
(e) there's an absolute lunatic in charge of the biggest asylum in the world, his country
and
(f) any advice as to what he could do?

He was ex-military and one of his kids (military too) was flown back into Texas and armed up and put on mob detail.

There were two other Canadians at the meeting and honestly, our troubles just vanished away. I think most USians must be in a state of paralysis (to be quickly followed by PTSD) as nothing is making sense and the words "MAGA" bandied about so freely as something to return to rings extraordinarily hollow for most thinking USians.

But what a summary, succinctly put.

No advice of course, apart from just stay inside safe, hang in with us, hang in with those of like mind, wait for this nightmare to be over, because over it will be.

As the old wags had it: This too shall pass.
Posted by Wisewebwoman at 11:41 AM