The bird watching community out here on the Edge of the Atlantic has to be seen to be believed. Per capita, members of various bird watching groups have to be one of the highest in the world.

One of the members, Randy Jenkins, I've been following for years. Recently he was featured in a CBC segment, and we were all thrilled for him. He has chronic PTSD and though he never gave details of this when he posted on line, he did in the interview. Horrific.

I find the film segment such a testament to the human spirit. And Randy's relationship with the birds absolutely astonishing. He frequently posts morning clips of himself and the birds on Facebook. And now and again when his PTSD gets really bad he goes underground for a while. Also, he has shown clips where birds prefer to talk to him rather than feeding as if they sense his state of mind. Back and forth they go in conversation. 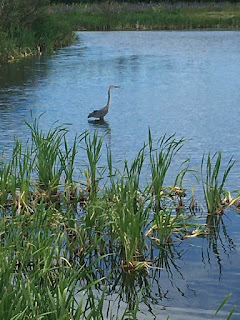 And finally, a funny header on one of the birdwatching groups. I had to laugh. So many were mine in my time. 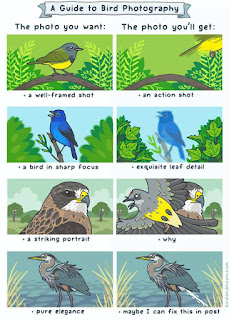 Posted by Wisewebwoman at 12:20 PM