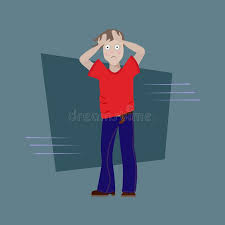 My mother died young and my father was a long time widower. He thought it would be a dishonour to my mother to marry again and also that he had seen far too many families suffer under step-parents hauled in.

One of his greatest fears was to become "a nuisance." A nuisance in his mind encompassed a huge range of character defects. Such as neighbours who were always borrowing stuff, people dropping by uninvited, hypochondriacs diagnosed by him, drunks, cars who cut him off, asking for any kind of help if you were sick, children who threw balls over his fence, workers who needed to use his property to perform essential task for the neighbourhood (cable, telephone, electricity, water).

Of course I inherited this feeling but only in some areas that I know of  though some might differ.

I think part of this is the fear of being incarcerated in some awful place with no privacy, sharing a room with an irritable noisy crank, being hauled into terrible games and sing-songs by attendants and being forced to be nice to everyone.

Recently, I've had a few bad days and felt like a total nuisance even to myself. I could barely move and just about everything was a challenge. I did not reach out but did respond to one who checks up on me all the time (she would be a nuisance in Dad's book).

She came over and took care of me even though she has her own health issues. And I was so grateful to her for attempting to feed and water me. I was also nauseous on top of everything else. A triple nuisance you might call me.

Most of all I am nervous about being a nuisance to my family. My health is unpredictable and varies wildly from wheelchair use to a modicum of walking. So I bottle up a lot.

The reason I am writing this is to see if there any others out there who feel as I do, bordering or being "a nuisance" because of health or other issues. Or even fearing of being a nuisance at some stage in their lives.

Or maybe it's a strictly Irish thing.

Posted by Wisewebwoman at 4:15 PM