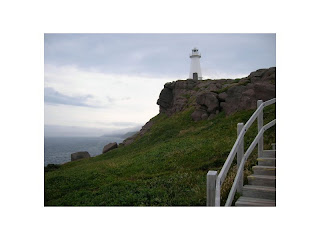 I felt like pluralizing the above title but decided against it, why contribute to further deterioration of the language - and at my crusty age I should feel ashamed of the temptation.

Answers to life's puzzles come in their own good time. Like the ongoing teaser of the great R puzzle. Now resolved. A further conversation with him last night showed his heart very clearly is in another direction. My investment in the whole thing was entirely removed this morning when he forwarded me a Christian YouTube film about this 13 year old boy whose elderly cow gave birth to a calf and broke her back in the effort. He had to shoot the old cow but as he stood there afterwards in grief the voice of God came into his head to tell him that God had endured the loss of His Only Son so could understand the sorrow.

I was snapped into reality really, really quickly. My mind riffed off on this. God voices in the head have gotten the world into a lot of trouble. See George Bush and his God calling him into war. See The Crusades. See The Holocaust. See the Irish Famine. Then I had the thought that given a Goddess and the same wonky scenario would She have had the same enthusiasm in torture-slaughtering Her daughter for the good of womankind and our 'sins'? While watching and having the power to stop it? Just puttin' it out there.

The R switch has been turned off for me. I found this whole film (and his admonition for me to get out the Kleenex first before watching!) appalling, the brainwashing of the young boy, the attempt to thread the two similarities of sacrifice vomititious in the extreme. Far from R's intent. He was 'inspired'. Another dream bites the dust.

I must admit to shedding a few when Hillary got the nomination in NH last night. I'm not a Hillary hater like many, I've felt from way back, when she was Bride of Bill, that she was the better 'president'. Opportunistic, yes, aren't they all in the cutthroat and Hollywoodized politics of our Southern neighbour? But looking at all the Democratic candidates since the outset, for my money and the future of the planet she is by far the best choice. I absolutely cannot see her sacrificing any more youth to this undending war on so-called terror, her past votes be damned. Politicking. And we need more women in politics. We need more of an equal gender balance however we get it. Compassionate people get slaughtered out there in the voting trenches. Given a chance, I think she will do her best to clean up the mess and initiate universal healthcare and education. If the pot hasn't been totally licked dry by the Incumbent and his cronies.

Remind me, who are the terrorists again? They are currently patrolling the Persian Gulf. How would the U.S. react to Iranians patrolling their war ships in the Gulf of Mexico? Little speedboats wouldn't be it. Nuclear warheads more like. WW 3 for sure. And the bought-and-paid for MSM falling over themselves to pontificate on the threat of the little speedboats on their own waters against those "benign" humungous battleships? There's money to be made in tham thar war zones!
Posted by Wisewebwoman at 2:58 PM