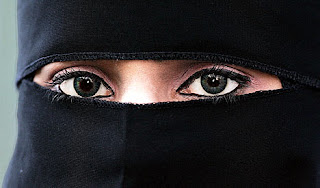 I was perusing this post of Nick's on being British and the whole topic of race/country/religion affiliations.

It serves more to divide and distance us than anything else. And engender fear like no other. I'm so tired of the pronouncements from people who "hate" gays, muslims, negroes, etc and you turn around and ask them, well do you know any? Are there any in your circle? And the answer is inevitably, no. Most can't even take the time to get to know anyone outside their own comfortable (and smug)safety zone.

In this tiny far-flung planet, we need to celebrate our similarities and there are far more of them than there are differences.

In December 2007, over 2,000 American Muslims were asked what they would wish to say to the rest of the world. This is what they said. A music video for Kareem Salama's "A Land Called Paradise."

Tolerance and understanding = beauty and enlightenment.
Posted by Wisewebwoman at 12:15 PM