A few of my rules of life 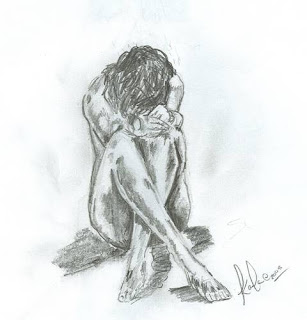 I haven't assembled them all yet, some are even subconscious, but I'm going to try and put them on paper for the very first time.

I've been highly prone to depression all my life, several of my doctors in the good old days would refer to me as "high-strung". I've no idea what the modern equivalent of this phrase is. I always translated this label internally as "don't come too near this one, she might hurt you.". I'm also highly addictive by nature, anything to take the pain - psychic, emotional or physical - away.

I know I've always felt slights, perceived or real, far too intensely than others. Also criticism. It is only in the last five or six years that I don't personalize being criticised. Writing workshops have done that for me. I'm also overly sensitive to shouting of any kind. And if shouting is directed at me specifically I just about curl up into a foetal ball.

That's the way it is. My instrinsic nature. And rather than condemn it, I embrace it today because there are many upsides.

I think when we feel things too intensely, as I do, we attract like-minded individuals to us. And by sharing, we learn how to cope a little better in a world that seems fraught with emotional land-mines and indifference.

DO THE OPPOSITE TO WHAT I'VE DONE BEFORE

This one is invaluable to me. I'll give a recent example. I was at a small gathering last week and as we were getting up to leave there was much talk of a BBQ that coming weekend with a band and flowers for the mothers. I might as well have been wallpaper, no one deigned to invite me or mention it directly to me. Being the extremely sensitive person that I am (that has never changed) I left feeling ignored, unimportant and resentful. My plans were to continue in this vein, read some books, maybe knit, write, walk, but overall immerse myself in a pity party.

What was "do the opposite"?

Well, I picked up the two-ton telephone and called a friend in another outport, just to chat, to get out of myself, to ask after her and her family. At the end of the conversation she said, oh, by the way: she and her family then invited me to the BBQ as their guest and I had a ball, enjoying the music, even dancing. I was then invited to a Mother's Day dinner (midday) the following day, for a bunch of mothers whose children were all "away". As a result of that, I met a new friend who invited me to her house 'in town' to get further acquainted and to meet her friends.

Invariably, this 'do the opposite' has been like a magic wand for me. It doesn't come naturally, ever, but when I practise it, it opens up both my life and my heart.
Posted by Wisewebwoman at 11:53 AM

Labels: depression, do the opposite