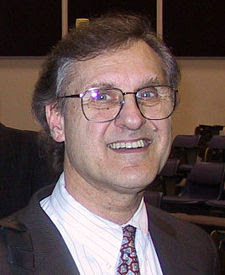 He weeps as he speaks of the violence against women perpetuated everywhere, not just in Africa where he spends most of his time attempting to bring attention and aid to the female victims of sexual violence, rape, genital mutilation and genital destruction. Yes, you read correctly, genital destruction.

Here is an excerpt from a recent talk he gave and he has given full permission for publication so that these almost unbearable crimes against women can be brought to the widest possible audience so that corrective action/protest measures can be taken.

I live in a feminist family, I love it. I believe to the end of my days that the feminist analysis of the exercise of male power is probably the most insightful analysis to explain much of what is wrong with much of this difficult world. And I must say that the more I’ve had the privilege of working in the international community, the more I have come to the conclusion that the struggle for gender equality is the single most important struggle on the planet. You cannot continue to marginalize 52% of the world’s population and ever expect to achieve a degree of social justice and equity: it’s just not possible.

And when you look at the damage that is done to the women, particularly of the developing world, through so many perverse realities whether it’s international sexual trafficking or female genital mutilation or child brides or honor killings or an absence of inheritance rights or an absence of property rights or an absence or laws against rape and sexual violence or an absence of microcredit to give women some sense of economic autonomy or a lack of political representation – whatever the panoply of injustice, discrimination and stigma visited on women it seems to have no end, and it so profoundly compromises their existence.

And what has happened through the developing world latterly in many parts and which is so unsettling, unnerving, so profoundly compromising are the patterns of physical and sexual violence. The World Health Organization just did a quite astonishing study. It interviewed twenty-five thousand women in fourteen countries about physical and sexual violence. It found that the lowest levels of violence were in Japan at 14%, and the highest levels were in rural Ethiopia at 71%. And when they looked at the United Kingdom, the United States and Canada they found interim levels of 30-35%. So they saw that this was a pattern so deeply entrenched, whether it’s marital rape or sexual violence from intimate partners or domestic abuse, these patterns are overwhelmingly entrenched.

And then when you get destabilization in countries they are further accelerated. A country like South Africa is a good example, where you have 5,700,000 people living with HIV and AIDS in a population of somewhat over 40 million. Incredibly enough, South Africa is a country where eight hundred to a thousand people die every day of AIDS-related illnesses. And in the most recent year for which statistics are available, which is 2006, there were 52,000 reported rapes. And everyone knows that reflects only 5-10% of the actual number because women are so reluctant, for a whole range of reasons, to actually, formally, to report the rape and begin to engage in a police and judicial process.

And it gets worse still when there is conflict. When there is conflict it goes right out of control. I don’t understand what these berserk lunatic predatory male sexual behavior – how it happens under conflict – but it happens and it never seems to end. And it’s not merely on the continent of Africa which I admit is a continent I love, but throw your minds back to the rule of the Khmer Rouge in Cambodia. The President of Indonesia just apologized to East Timor for the sexual violence that was unleashed by his forces when they tried to prevent the independence of East Timor. In the Balkans, I remind you a white, Western country, or countries, in the Balkans you have several military commanders who have come before the International Criminal Court charged with crimes against humanity rooted in sexual violence. The same is true for Colombia. There seems to be no part of the world which is exempt.

But in parts of Africa it really is astounding what is taking place. In the post-election violence in Kenya, suddenly more and more women were turning up at the hospitals, raped and subject to the most grotesque sexual violence. In Zimbabwe, an organization which I am involved with and to which I will refer at the end, AIDS-Free World, that Lisa mentioned in the introduction, I can’t go into details, which you will understand, but we have been over the last few weeks in an unnamed country in Africa, interviewing and taking affidavits under formal legal terms from the women who have been raped by Mugabe’s Youth Corps as Zimbabwe has ground down over the last several months. And Terror Camps were created --that’s what they’re called – to subject women associated in any way with the political opposition to insensate sexual violence.

And I was recently in Liberia, meeting with the President of Liberia and the Minister of Gender and the Unicef representative and they were telling me that the majority of rapes now in Liberia – after the civil war is over but the raping continues – the majority of rapes are committed against young girls between the ages of ten and fourteen. And everybody knows what’s happening in Darfur, that need not be explicated at length. For five years now the entire world has agreed that there is a genocide taking place and for whatever unconscionable reason we’ve never been able to bring it to an end. I mean, forgive me but this is not the Taliban in Darfur. These are Janjaweed militia commanders on horseback! And it is entirely possible to have subdued that and brought it to an end if the world cared a tinker’s dam for what was happening in that country.

And in the case of the Congo, you have a war on women. You know, if I may make a somewhat more intellectual observation, rape is no longer a weapon of war. Rape has become a strategy of war. You rape women in such numbers, so savagely that you humiliate entire communities through the women. The women hold the communities together. On the continent of Africa, nothing happens without the engagement of the women, particularly at the grassroots, particularly on the ground. And what happens is that the entire community is subdued, oppressed, overcome by these roving bands of marauding militias, who rape the women, move the community off the extractive resources, which is what they want, or turn the women into sex slaves and the men into the laborers who do extract the resources. And it’s hideous, the consequences, and it’s been going on since 1996. More than a quarter of a million women have been raped. And what is so unfathomable about it is everyone in a position of power knows, and it continues. I’ll never never comprehend.

In August of last year, Eve Ensler, the magnificent dramatist and writer of the Vagina Monologues went off to the Congo to see for herself what was happening and she spent a month or more and she came back and wrote an immensely powerful essay, the first words of which were, “I have just returned from Hell.” And I do not have the emotional equanimity to read to you the case histories that Eve set out. But after she came back suddenly the Undersecretary General of the United Nations, John Holmes, goes off to the Congo, comes back, writes an op-ed for the Los Angeles Times and calls it the worst place in the world for women. The Undersecretary General of the United Nations, who appears before the Security Counsel on a regular basis, and then suddenly there’s a front-page piece in the New York Times, and a front-page piece in the Washington Post, and a front-page piece in the Los Angeles Times, and Anderson Cooper of CNN does a twenty-minute segment on 60 Minutes, and everybody is caught up in the anxiety and urgency of what is being done to the women – it’s impossible to say in a way that can be absorbed what is happening to the women.

In the city of Bukavu in the Eastern region of the Congo there’s a little hospital called the Panzi Hospital where a lovely group of surgeons attempt desperately to repair the reproductive tracts of the women. This is rape that isn’t merely the gang-raping of eighty-year-olds and eight year olds, although that takes place. It’s rape with mutilation and amputation and guns and knives. Guns shot into the vaginas of women. I’m speaking to a sophisticated audience that cares about human issues – there is a medical term in the Panzi Hospital in Bukavu which I never in my adult life expected to encounter: it’s called “vaginal destruction.” And Eve Ensler has appeared before the Security Counsel, and we had an ostensible peace agreement, part of which peace agreement provided an amnesty for the militias that were doing the raping. And the war never ended. And the raping continues. And the war is now resuscitated. And so bad have things become that Condoleeza Rice, on June 19th, at the Security Council, introduced a resolution branding sexual violence as a matter of international peace and security. That had never happened before. And we have seventeen thousand United Nations peacekeepers in the Congo, the biggest peacekeeping mission in the world, and we cannot protect the women. And everyone knows its happening. And everybody knows that if we increase the numbers of peacekeepers, or the United Nations agencies did their job on the ground, or we confronted the government of the Congo in a way that no-one has had the courage to confront, we could perhaps abate the violence. But I have to tell you it’s so monstrous, and it’s so rooted in gender inequality, that it makes one feel not just tormented but dismal about the prospects for human behavior.

Write your government. I’m writing mine, and while I’m at it, a letter to the President Elect of the US. This needs top priority on his agenda.
Posted by Wisewebwoman at 1:57 PM