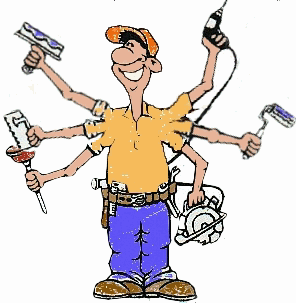 I found another handyman.

Thing is, out here at the edge of the Atlantic, no handyman ever ever works “above the table”. All is “under.” Apart from the obvious implications on the economy and taxes, there is the non-return of phone calls when things go wrong with the work they've done. “No, I never did work for her, can she prove it?”

In the business I'm in I positively hate this black economy. It is unfair to the rest of us tax paying citizens and apart from anything else it is criminal behaviour.

So I participate. Reluctantly. I have absolutely no choice or my house would fall down around my ears.

I can't even write about it, much as I would like to, apart from here on the blog. I would be run out of Dodge quicker than you could blink. No one writes about it here. You could never get your toilet fixed or your wires uncrossed or your driveway paved. Blackballed you'd be by the Contractors Non-union. You'd have to pack up and leave the province.

So there's a bemused tolerance of it all. Even from the politicians. It is taboo to discuss yer man or yer woman on unemployment insurance (or welfare) making themselves a pack-load of cash money on the side, keeping it well away from banks and spending it under the counter somewhere else. Untraceable. Sort of. There are ways. I should know. Having done some forensic accounting in my time. Not that I ever talk about that particular skill-set here.

So here's this new fellow out back. Fixing the garage door that only worked properly once since it was installed two years ago. Fellow who installed it didn't return my calls or said he'd be here 'next week' or he was 'busy at the fish now'.

I gave this new fellow a long list of poorly performed past handiwork to fix.

And you know how I'll be paying him.
Posted by Wisewebwoman at 10:46 AM