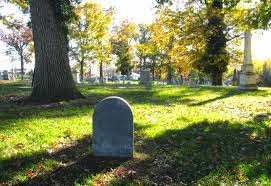 Mike of Genial Misanthrope commented on my last post on his (and all of ours) wish not to outlive our children.

But I write of this again. I've written of my own personal circle of good friends and relatives who've not been so lucky. I link to them all here. And I say "all" because there are quite a few. An aunt's child, a school friend of my daughter's - herself a mother of a teenager. And on. At my high school reunion a few years back, one of my schoolmates appeared with a shaven head from cancer treatments. Six months prior her only daughter, birthing a third child, had died in the birthing process from a stroke. Not uncommon.

And many more death posts. Too many. Or maybe not enough. I've outlived my mother by 14 years now. Death looms more clearly at the age one's parent dies. And yes, they've done studies. It bubbles underneath the surface. Stolen time, I feel. So death is more present to us.

I was with someone on Tuesday who lost an adult son. I talked of missing daughter who's left a gaping wound in my own small family. A pain that never leaves. A pain often completely ignored and unacknowledged by some family members. And in some cases added to by deliberate shunning and non-inclusion which makes it all the more unimaginable. I'm not alone in that either.

I am staggered and amazed by how most of us get through the often unbearable pain of living with such enormous losses trailing behind us. Focussing on what we have, I expect.

My friend felt a missing child was worse than a dead child. I have no idea. How do you weigh one pain against another unless you've experienced both?

I don't label any behaviour "brave". In fact I despise the word. As if failure to be brave makes a person less than, inferior. We need less of this bravery thing and more of feeling and grieving and roaring out at the injustice. And shaking our fists in exhaustion.

I'd rather you and I had the permission to scream our losses to the skies in each others' presence.

Posted by Wisewebwoman at 12:06 PM

Labels: daughter, death of a child, missing children, the unspeakable